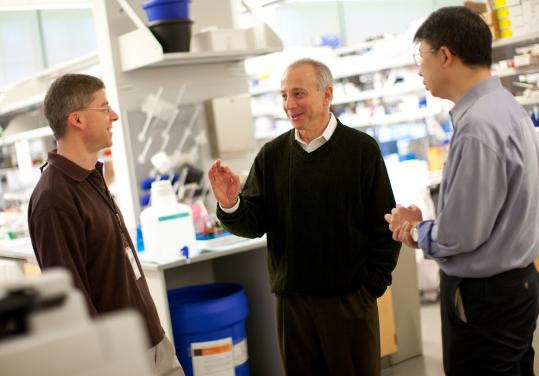 After years of focusing on common diseases afflicting mostly middle-class and affluent patients, drug companies are devoting more resources to rare disorders, illnesses that are prevalent in the developing world, and medical conditions that affect minority populations in rich countries.

The trend, which is slowly gaining momentum, is being driven by several factors, including the emergence of “personalized’’ medicines based on an individual’s genetic makeup, and the success of companies such as Genzyme Corp. that already specialize in making drugs to treat rare diseases.

Swiss pharmaceutical company Novartis AG is developing drugs for as many as 40 rare diseases from tuberous sclerosis to spinal muscular atrophy as well as medicines for diseases seen in the developing world, such as liver cancer and infectious illnesses.

Now it’s seeking to open a conversation — especially with academic researchers and smaller biotechs with whom it can collaborate — on how to broaden the drug discovery approach, through a two-day “health equity symposium’’ that concludes today.

The event is being held at the company’s global research and development headquarters in Cambridge and features keynote speaker Dr. Julio Frenk, dean of the Harvard School of Public Health and the former minister of health in Mexico.

“It’s a very important and neglected area, this discrepancy in health,’’ said Dr. Mark C. Fishman, president of the company’s research operation, called the Novartis Institute for BioMedical Research. “Drug companies historically focused on certain populations in certain countries and not on others.’’

As the field of personalized medicine evolves and individual genomes can be sequenced for close to $1,000, “we will have more information about your genetic profile,’’ Fishman said. “We will know what rare variance of genes you possess that will determine what diseases you have and what treatments are available.’’

Novartis isn’t the only company working to expand its disease targets as it becomes more financially attractive to target smaller patient populations.

French drug maker Sanofi Aventis AG, which has research and cancer operations in Cambridge and last month bought Genzyme, plans to use the newly acquired biotechnology company as a global platform for expanding its own research into rare diseases. Genzyme is known for its expensive drugs to treat enzyme deficiencies such as Gaucher and Fabry diseases.

“There are some learnings that we gain out of that business,’’ Sanofi chief executive Christopher A. Viehbacher told European investors in February, suggesting Genzyme’s expertise in producing treatments for rare genetic disorders could hasten Sanofi’s push into personalized medicine. “People might say if you follow personalized medicine to an extreme, every disease is a rare disease.’’

Even companies that concentrate on more common diseases are coming under pressure to test their drugs on different segments of the population.

At a public hearing of a Food and Drug Administration antiviral drugs advisory committee in Silver Spring, Md., last week, some committee members faulted Vertex Pharmaceuticals Inc. for not recruiting more African-American patients into clinical trials for telaprevir, the Cambridge company’s experimental drug to treat hepatitis C. The FDA is expected to decide later this month whether to approve the drug.

“I was disappointed your recruitment of blacks was so low given the significant portion of the disease in that population,’’ said Dr. Elizabeth Connick, a member of the advisory panel who is an associate professor of medicine at the University of Colorado Denver.

Vertex has said it plans to launch a post-approval trial on the effects of telaprevir — which it will market under the name Incivek — on black patients.

“One of our priorities following approval will be to conduct an additional study of Incivek in African-Americans,’’ said Vertex spokesman Zachry A. Barber.

Minority populations may be more susceptible to certain diseases, such as diabetes and hypertension, and may respond differently to medications, said Kenneth Getz, founder and chairman of the Center for Information and Study on Clinical Research Participation in Boston. As a result, the FDA has guidelines, but not requirements, that minorities be represented in clinical trials — though they often continue to be underrepresented.

“The onus is on the companies to be more inclusive,’’ Getz said. “When we think of the growth of the minority populations in our nation, this points to the need for us to be smarter and more targeted in the way we design our studies and the way we test in patient populations.’’

Getz cautioned that researchers don’t fully understand the biological basis for diseases that disproportionately affect certain populations, and diet and culture are factors that also come into play.