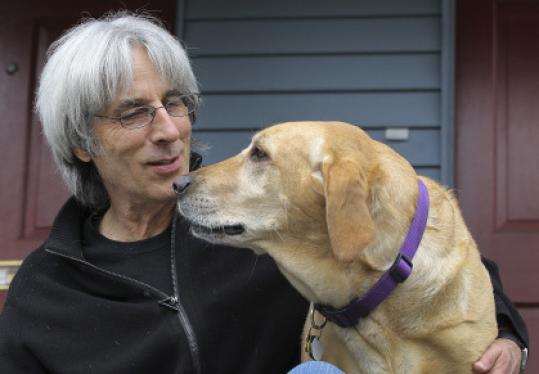 Off and on for eight years, filmmaker Ron Wyman has taken a cocktail of drugs in hopes of wiping out the liver-destroying hepatitis C virus.

But the medications feel more like poison than cure — Wyman, 60, vividly recalls the stamina-sucking nausea that washed over him while shooting a documentary in the Sahara in 2007. Even worse than the side effects, the disease keeps coming back. “You’re waiting for the skies to part and the angels to sing,’’ said the Cambridge resident, and then “I got the news the virus had returned.’’

What’s happening near Washington this week may improve the prospects for Wyman and an estimated 300,000 other Americans who have been unsuccessfully treated for hepatitis C.

Yesterday, a panel of Food and Drug Administration scientific advisers unanimously recommended that the agency approve a Merck & Co. drug that belongs to a new kind of hepatitis C therapies that directly attack the virus. And today, the same panel will decide whether to endorse a similar medication made by Cambridge-based Vertex Pharmaceuticals Inc. The FDA is expected to act on both recommendations next month.

Studies show the new drugs, in combination with the current treatment, are more effective than the existing medications alone, and may, for some patients, shorten the duration of treatment.

“We believe that we now stand on the threshold of being able to take care of the significant majority of the epidemic now, with therapies that are about to be inherently more effective,’’ said Dr. Raymond T. Chung, director of hepatology at Massachusetts General Hospital who was an investigator for trials of both drugs.

The pool of patients waiting for the new drugs is unusually large because many, like Wyman, have been “warehoused’’ — they have exhausted the available therapies or have not yet started treatment and are holding out for something better. Chung estimated that over the past two years up to 200 hepatitis C patients at Mass. General alone have been warehoused.

Hepatitis C is a slow-developing disease, spread through infected blood — typically by IV drug use or blood transfusions that occurred before the blood supply began being screened for the virus in the early 1990s. The virus damages the liver, eventually causing cirrhosis, liver failure, or cancer, and affects an estimated 3 million people in the United States and at least 100 million worldwide. Howard Liang, a managing director at Leerink Swann, a health care investment bank, said that about 50,000 people start treatment each year.

That treatment is, for now, a combination of ribavirin and pegylated interferon, which revs up the immune system. Taken for almost a year, it cures a little less than half of the patients with the most common form of the virus.

Both of the new drugs target the virus directly, disabling an enzyme called a protease that is essential for the hepatitis C virus to multiply. They must be taken in combination with the current treatment. According to the FDA, Vertex’s drug, telaprevir, in combination with the existing ones, cured 79 percent of patients with the most common form of the virus who had not been previously treated. Merck’s drug, boceprevir, cured 66 percent of patients when added to the existing treatment. The new drugs may also decrease the length of the current, yearlong treatment, and thus may reduce the time patients must endure the flu-like side effects. Merck’s drug carries increased risk of anemia, and patients on Vertex’s drug may experience a rash and anemia.

As evidence of the anticipation of the new drugs and the warehousing phenomenon, an investor update from the Swiss pharmaceutical giant Roche earlier this month showed that worldwide, sales of Pegasys, one of the drugs used now in hepatitis C treatment, had declined. Compared with the same period last year, Pegasys sales fell 15 percent — a decline attributed to the prospect of new drugs.

For Wyman, who follows the news and checks in with his doctor for updates on the new treatments, it is a hopeful moment. “Agadez, the Music and the Rebellion,’’ the movie he made while fighting off the flu-like side effects of his treatment, is finished. His doctor has told him that patients like him, who responded initially to the current therapy and then relapsed, are good candidates for the new drugs, which are expected to be priced between $30,000 and $50,000 for a course of treatment.

Edward LaPlante of Revere also is looking forward to FDA approval of the therapies, feeling ready to try a treatment for the first time.

LaPlante, 54, believes he contracted the disease 27 years ago, after an accident at a shipyard shattered many of his bones, sent him into a coma, and necessitated a blood transfusion. The disease, not diagnosed until the mid-1990s, has been the shadow of that accident, but for years, the hit-and-miss effectiveness of the treatments and the side effects were unappealing.

“I couldn’t justify the quality of life of going through that’’ with so little chance of success, LaPlante said.

But at an appointment next month, LaPlante is finally preparing to go on a treatment. He is hoping that by then, there will be more options.

The history of Vertex Pharmaceuticals