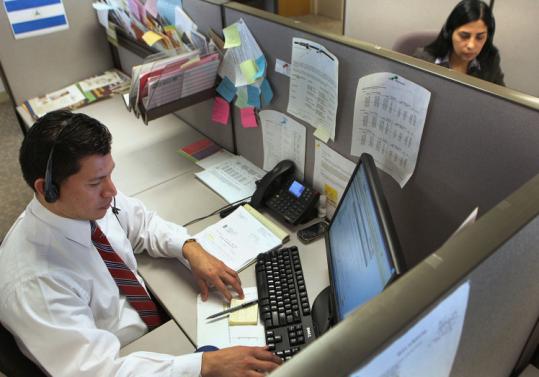 The health care system is absorbing the most sweeping changes in decades. With the federal government overhaul starting to take effect, and Governor Deval Patrick moving to restrain medical expenses in Massachusetts, the pressure is on health care providers and insurers to control their costs.

That will require adjustments, and heightened vigilance, for those approaching retirement or already in it. Older Americans, who grew up in an era when doctors’ judgments were unassailable, will increasingly need to act as their own advocates and overcome any reluctance to question providers about their care.

The changes, which are just beginning, will be numerous. They are likely to include new payment systems, which put doctors on fixed budgets to treat patients and reward them for keeping patients healthy and out of hospitals. Treatment will be delivered within networks of physicians, hospitals, and other providers as a way to manage patient care and costs.

Doctors will have less incentive to order tests and procedures, and more to focus on wellness issues such as diet, lifestyle, and controlling chronic diseases like high blood pressure. This will require health care providers to be more engaged with their patients, and patients to take more responsibility for staying well.

“Seniors are experts in their own health care. They know what they need, said Amy Whitcomb Slemmer, executive director of Health Care for All, a Boston consumer advocacy group. “They’ll have better health outcomes if they’re in conversation with their doctors.’’

Those approaching 65 — as well as those past that age — should also expect changes in Medicare, the government health care program for the elderly. The program is more “siloed’’ than the traditional HMO or PPO coverage most people bought through their employers. That means it is divided into parts: Medicare Part A covers hospitalization and home health care; Part B covers doctors visits and medical supplies and services; Part C covers Medicare Advantage plans, enhanced policies sold through private insurers; and, Part D covers prescription drugs.

One change that took effect Jan. 1 will benefit many seniors. Routine health screenings, such as annual physicals, mammograms, colonoscopies, cardiovascular screening, and glaucoma testing, will be covered by basic Medicare plans at no extra cost to patients. Previously, such tests were covered only for people who bought additional health insurance to supplement Medicare. Even those with Medicare Advantage plans were often responsible for copayments.

“People are thrilled,’’ said Georgia Maheras, the Health Care for All private market policy manager. “They just wanted to get an annual checkup. You can’t overestimate the impact of that.’’

Going forward, the federal law also promises to gradually plug the so-called doughnut hole in prescription drug coverage. This gap occurs when patients exceed the amount allowed for prescription drugs before the year ends. The patients then have to pay for drugs out of pocket for the balance of the year, or until their spending reaches a high enough level that they qualify for prescription drug benefits under Medicare’s catastrophic coverage.

In 2011, patients will get a 50 percent discount on drugs they buy while in the doughnut hole. Under the implementation schedule, the entire gap will be closed by 2020.

Many more changes are coming as the federal health overhaul is phased in over the next 10 years, adding to the complexity of an already complex medical care system. Organizations, such as Health Care for All, can give advice, present options, and help retirees and those approaching retirement to navigate the morass of new laws and regulations.

For example, Serving the Health Information Needs of Elders, a Medicare-funded organization known as SHINE, is stepping up outreach efforts as the first baby boomers turn 65 this year. Among other things, the group is explaining options for choosing prescription drug plans under Medicare, and buying supplemental health insurance, said Elaine F. Cronin, the Boston regional director.

Supplemental plans, which can run anywhere from $100 to $450 a month, pay for costs not covered by basic Medicare. Medicare typically pays 80 percent of costs. About a half dozen private health plans offer supplemental insurance coverage in Massachusetts, said Cronin, though the details of these plans vary.

At Health Care for All, the most frequent question for consumer advocates manning the HelpLine is “How do I afford health care coverage?’’’ said Kate Bicego, consumer education and enrollment manager.

The seemingly inexorable rise in health care costs is a problem that’s not going away. But recent legislation proposed by Patrick would give regulators new powers to review contracts between insurers and providers, and reject premium rate increases to businesses and individuals if hospital payments are overly generous. The goal is to “bend the cost curve,’’ bringing rate hikes below double-digit percentages that have slammed companies and municipalities in recent years.

For seniors, that would be progress, too.

These organizations can answer health care questions from retirees or those soon to retire: