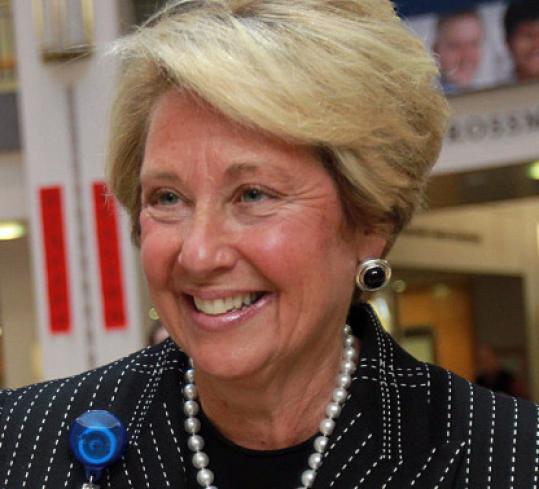 Ellen Zane, who helped build Massachusetts’ largest physicians’ network at Partners HealthCare, then joined a competitor, Tufts Medical Center, to pull it from the brink of flatlining, is stepping down as the hospital’s chief executive to join her husband in a long-delayed retirement.

The tenacious 59-year-old Waltham native, known for her predawn e-mails to colleagues, sent a “bittersweet’’ one yesterday afternoon to Tufts’s 5,000 employees, announcing her retirement and describing her seven-year tenure as one of the “greatest experiences’’ of her career, which also included a stint as chair of the Massachusetts Hospital Association.

“Her heel print is very deep on the Massachusetts health care landscape,’’ said Lynn Nicholas, the state hospital association’s chief executive. “She is not a ‘yes’ person and is willing to challenge the status quo.’’

Nicholas said Zane, who started her career as a speech pathologist, is an “extraordinary communicator’’ with keen political instincts, who has been extremely effective in explaining the industry’s growing challenges and needs to lawmakers and policy makers.

Her last day will be Sept. 30, but the board of trustees has asked Zane to stay on as a vice chairman of the board and a paid consultant to the medical center for a year to assist with the transition in leadership.

Zane, who receives a salary and benefits of about $1.2 million, declined to say what she will be paid as a consultant. She said she will not receive any deferred compensation or other payments from her tenure as chief executive.

The hospital’s board will put together a search committee and hopes to find a successor by Sept. 30, but Zane said she will stay on as chief executive if a replacement is not on board by then.

When Tufts University president Larry Bacow and the Tufts Medical Center board first called Zane in 2003 and asked her to consider joining the hospital, she had been planning to scale back at Partners and spend more time with her husband, Peter, who had recently retired. But she said the Tufts team was persuasive and the stakes too high — the potential financial collapse of one of Boston’s premier teaching hospitals and its affiliated medical school — so she jumped in “with both feet and my whole heart.’’

Still, Zane confessed in an interview this week that she was daunted by the task, asking her husband, ‘What if I fail?’ ’’

While widely credited with helping to turn Tufts Medical Center around — when she joined in 2004, its losses were greater than $18 million, and by last year it earned $6.9 million — Zane said she is most proud of the “terrific team’’ she assembled.

“I am really good at hiring smart people,’’ Zane said. “The rest of what happened here couldn’t have been done without that team.’’

The team’s most significant challenge ahead, she said will be finding ways to stay competitive despite the deep financial cutbacks for hospitals from the state’s 2006 health care law, with more pending in the national legislation.

“Massachusetts has paid for health care reform for its citizens by cutting rates to hospitals,’’ Zane said. “The cuts are Draconian.’’

Zane’s strategy to combat the dwindling dollars has been to partner with several community hospitals and to bolster relations among the hospital’s neighbors in Boston’s Chinatown, which helped expand the patient base.

“All of these initiatives . . . have caused Tufts Medical Center to be the fastest-growing academic medical center [in the number of discharges] in Massachusetts,’’ Tom Hollister, chairman of the Tufts Medical Center Board of Trustees, wrote in an e-mail yesterday to employees.

The hospital’s nurses, however, criticized Zane’s administration earlier this week, saying her strategy to hold down costs has translated into deep cuts in the ranks of nurses, which has led to a “deterioration’’ in patient care.

Zane’s plans for retirement hardly include time in a rocking chair.

In addition to her consulting contract at Tufts, she said he has been invited to serve on the boards of several companies, will continue her busy public speaking schedule, and will probably write a book about what she calls her management “pearls’’ of advice, learned through the school of hard knocks.