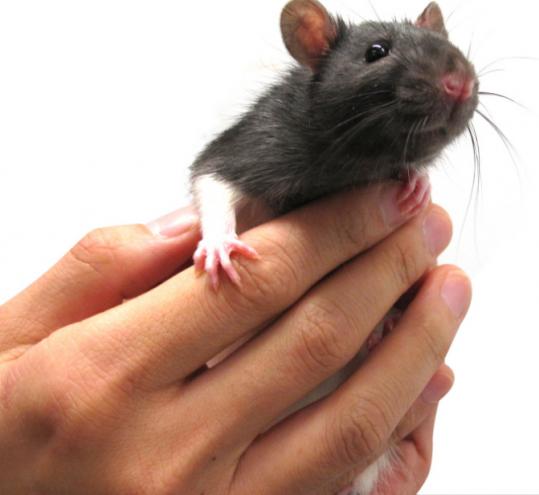 Who wouldn’t want a sharper memory?

Facing the devastation of Alzheimer’s disease, the normal forgetfulness of aging, or even just a particularly important exam, many people would be tempted by a drug that could prevent forgetting or enhance memory.

Pharmaceutical companies are racing to test compounds that could help treat people who suffer from devastating neurodegenerative diseases, while makers of nutritional supplements highlight their alleged brain-boosting abilities.

And in scientific laboratories, researchers focusing on the basic question of how memories form and persist are beginning to gain insights that could eventually lead to drugs that could restore or improve the ability to remember. In new research published last week, researchers at Mount Sinai School of Medicine injected a hormone similar to insulin into rats’ brains and found they could enhance the animals’ memories of an unpleasant experience.

Meanwhile, researchers at MIT’s Picower Institute for Learning and Memory over the past few years have discovered that a drug that allows coils of DNA to relax can restore learning and memory in mice with a condition resembling Alzheimer’s disease.

The MIT researchers are now exploring the possibility of founding a start-up or partnering with a pharmaceutical company in order to bring their work out of the lab and into clinical trials.

Researchers have a long way to go before they prove such interventions safely improve memory in people, but the new work is shedding light on a critical window of time in which memories are consolidated.

“It’s really the beginning of people’s understanding of the molecular underpinning of the window,’’ said Li-Huei Tsai, a professor of neuroscience at the Picower Institute. “This is extremely interesting, and I think that one can think about capitalizing on this concept and target really now a wide variety of memory disorders.’’

The new study, published in the journal Nature, was an attempt to unravel what happens in the brain when memories are formed. Mount Sinai researchers started with a painful memory: Rats were placed in a box with a compartment that was lit up and another that was dark. When the rats ventured to the dark side, they received a foot shock — creating a memory that caused them to avoid going there, for as long as the memory persisted.

Researchers found that a hormone called IGF-II increased in the brains of rats after they learned that stepping into the dark area led to the shock. So the researchers decided to see what would happen if they blocked that increase — and found they triggered a kind of amnesia for the shock.

Then, the researchers tested what would happen if they injected the hormone into rats’ brains. Rats who received a boost of the hormone had a better memory for the foot shock — an effect that was still present up to three weeks later.

The hormone had to be administered during a critical period, however. If the injections were made more than a day after the initial experience, the window had closed and there was no effect on memory. But if an injection of IGF-II was given immediately after a memory was recalled a day later, the rat’s memory was boosted.

The new work is an important first step. The researchers have yet to test whether the hormone could help improve memory if the animals are suffering the types of memory deficits seen in Alzheimer’s disease or dementia. The researchers have also only looked at memories that involve fear. “In fact, we don’t want to enhance fear; we want to enhance good memories,’’ said Cristina Alberini, a professor of neuroscience at Mount Sinai School of Medicine, the senior author of the paper.

The study is only the latest work to look at whether it is possible to improve or even recover lost memories.

In 2007, Tsai and colleagues reported in the journal Nature that mice that learned to fear a foot shock and then experienced significant neurodegeneration, similar to that in Alzheimer’s disease, were able to recover their lost long-term memories after being exposed to rich environments, with toys and running wheels that were regularly changed. They also found that a particular drug that allowed DNA to unwind could have the same effect.

In 2009, her group further zeroed in on the mechanism of this memory effect, and her hope now is to find a partner with the expertise and resources to translate the exciting lab result into the clinic.

“I really hope that we can help people with memory disorders,’’ Tsai said. “I would love to start with Alzheimer’s disease — a very devastating illness, where there’s hardly anything out there.’’