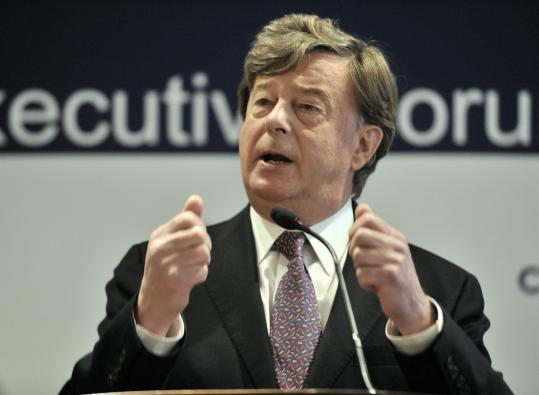 Six months after drug giant Sanofi-Aventis SA approached Genzyme Corp. about a takeover, the ongoing standoff over a deal is causing frustration on both sides of the Atlantic, and casting doubts on the companies’ ability to reach agreement.

Sanofi yesterday extended its tender offer for Genzyme, the largest biotechnology company in Massachusetts, for the second time in six weeks, giving the parties more time to figure out sale terms.

In the deal-making world, it’s highly unusual for a suitor to start with a hostile offer below the market price and go months without raising it, said Joshua Schimmer, managing director at health care investment bank Leerink Swann in New York.

Shares of Genzyme, based in Cambridge, have consistently traded above the $69 first offered during the summer. Yesterday, they closed at $71.35.

“I’m certainly in the camp that’s getting really frustrated seeing this move along at a snail’s pace,’’ Schimmer said. “We’re well past the point where a white knight will come along’’ with a competing bid. In fact, the process is taking so long, he added, it’s now in “uncharted territory.’’

Yesterday’s extension of the bid was a formality since executives from both companies have begun bargaining over a way to value Genzyme’s experimental multiple sclerosis drug, a key point of contention. Most analysts believe a negotiated deal is far more likely than investors tendering their shares against Genzyme management’s wishes.

In a regulatory filing yesterday, Sanofi acknowledged just more than a million Genzyme shares were turned over by its deadline of Friday at midnight — less than 0.5 percent. Sanofi’s original tender offer, which expired Dec. 10, drew 2.2 million shares.

At the same time Genzyme management is feeling pressure to hold out for a richer offer, Sanofi is facing mounting displeasure from European shareholders who fear the purchase of Genzyme could dilute Sanofi’s value and mire the Paris-based company in sticky battles with US regulators miffed at Genzyme’s handling of production problems.

“From our point of view, this is a misdirection of management time and it’s coming at a high price,’’ said John Arnold, managing director of AGF International Advisors in Dublin, a mutual fund firm that has reduced its Sanofi holdings from 8 percent to 5 percent of its European fund since last summer. “If they start upping the bid, the fright for us starts to get bigger,’’ Arnold said, adding that AGF is contemplating further cutting its Sanofi stake to 3 percent.

“Then all of the sudden out of the blue we got the Genzyme offer,’’ Arnold said, suggesting such a big acquisition would divert the focus from improving day-to-day operations. “Chris Viehbacher was all about sweating the business. But when you make foolish acquisitions like Genzyme, it’s no longer about sweating the business. It’s all about the glory and the quick fix.’’

With activist US growth investors pressing for Genzyme to fetch a higher bid, and cautious European value investors warning Sanofi not to overpay for Genzyme, it’s far from certain a deal will go through.

Sanofi acknowledged as much in a statement yesterday. The company reiterated that it has opened discussions with Genzyme over a so-called contingent value right, a mechanism that would reward Genzyme shareholders if its multiple sclerosis drug, called Lemtrada, meets certain sales thresholds later in the decade.

It is on track for approval next year.

“There remain significant differences on the potential CVR and the value of Sanofi-Aventis’ offer,’’ Sanofi said, “and there is no guarantee that the parties will come to an agreement.’’

In a breakfast speech to the Greater Boston Chamber of Commerce last week, Genzyme chief executive Henri A. Termeer said the company’s board — which has rejected Sanofi’s overtures several times — still believes $69 a share undervalues Genzyme.

Many investors say Sanofi will have to boost its bid to between $75 and $80 a share for it to succeed.

But the contingent value right on Lemtrada may help to bridge the difference.

Gary R. Mikula, principal at Birch Hill Investment Advisors, a Boston wealth management firm that owns Genzyme shares, said he believes a transaction will happen and that he isn’t surprised by the long delay.

“In the context of the current stock market and economy, this makes perfect sense,’’ Mikula said. “Obviously, in the mid-1990s we would not have seen this kind of action or inaction. But we’re not in that period any more.’’

A look at key moments in the Cambridge biotech's history.
Previous coverage
Your comment is subject to the rules of our Posting Policy
This comment may appear on your public profile. Public Profile FAQ