Caritas’s owner, Cerberus, has a history of quiet buyouts that pay off 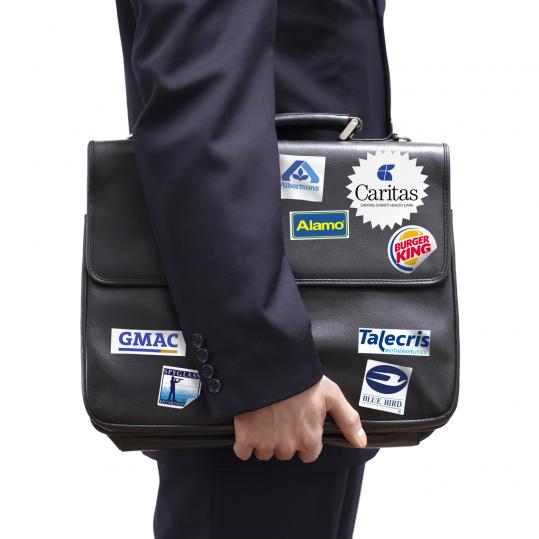 NEW YORK — This is the nerve center of Cerberus Capital Management, the hard-nosed and secretive private equity firm that earlier this month completed its $895 million buyout of Boston’s Caritas Christi Health Care. But truth be told, it isn’t that intimidating.

There is no statue in the lobby, high above Park Avenue, of Cerberus, the mythological three-headed watchdog guarding the gates of Hades. There is no trumpeting of its powerhouse roster of movers and shakers, among them former vice president Dan Quayle, former treasury secretary John W. Snow, and former Home Depot chief executive Robert Nardelli. And mementos from the company’s one-time ownership of Chrysler Corp. — an ill-fated investment — are conspicuously absent.

Cerberus has always been an unusually guarded and low-profile financial titan. It makes money by buying stakes in businesses, slashing costs and strengthening operations, and taking them public or selling them at a profit. The magazines in its modest lobby track the ups and downs of capital markets. Reporters are about as welcome as caps on the streets of the Bronx.

During the six months it took for the acquisition of the six-hospital Caritas chain to clear regulatory hurdles, Cerberus officials steadfastly refused to comment on the deal. Once the purchase was finalized, they made good on a promise to discuss their investment approach in general terms. But they still won’t talk about their plans for the Caritas hospitals.

Those investors include giant pension funds, mammoth university endowments, and rich people — known in the parlance of the private equity business as “high net worth individuals.’’ Cerberus manages $23 billion of their capital, a gargantuan sum even by Wall Street standards.

Cerberus has a wide-ranging portfolio of companies, but it has never owned a chain of community hospitals. Still, the investment in Caritas is seen here as lining up nicely with the firm’s operating strategy.

Unlike peer buyout firms, such as Blackstone Group, Carlyle Group, and Kohlberg Kravis & Roberts, which often favor high-growth businesses, Cerberus considers itself a specialist in sinking money into troubled companies and then turning them around.

“We’re mostly buying companies that are operationally or financially challenged, that many firms won’t look at,’’ said Neporent, who is also the Cerberus general counsel. “We improve the companies that we invest in through basic operational blocking and tackling.’’

Neporent and his colleagues believe Caritas, which owns St. Elizabeth’s Medical Center in Brighton, Carney Hospital in Dorchester, and four other Catholic hospitals in Eastern Massachusetts, could become a platform that lets Cerberus capitalize on the fast-changing health care business.

They are counting on the current Caritas management team, led by chief executive Ralph de la Torre, to be more aggressive in responding to those changes than competing nonprofit hospitals.

“It’s a classic Cerberus investment,’’ Neporent said of Caritas. “They had the benefit of having a good management team, but they couldn’t afford to invest in the company.’’

Though it is best known for a pair of high-profile failures, Chrysler and auto financing firm GMAC, which lost billions for Cerberus and its partners and led to government bailouts, most of the 18-year-old company’s investments have generated healthy profits for investors.

They range from the Alamo and National rental car companies, both of which it sold to Enterprise Rent-A-Car, to plasma medicine company Talecris Biotherapeutics, which it took public in an initial public offering. Its flagship fund, known as Cerberus Institutional Partners LP Series IV, grew 30 percent in 2009 and has added another 18 percent so far this year, according to people familiar with the fund’s financial performance.

“Cerberus has generally tried to fly under the radar,’’ said Josh Lerner, a Harvard Business School professor who studies the financial industry. “They’ve had some bumps in the road, but they’ve had a lot of success as well. It’s fair to say they’re seen as one of the most creative firms and they play from a diverse playbook. It’s not like there’s a template for hospital investing that’s been done 100 times before.’’

While it has slashed jobs and closed operations at many companies in which it’s invested, Cerberus has added jobs and worked with labor unions at others. And unlike private equity firms that focus on particular industries, Cerberus has a broad-based portfolio, investing in everything from the Spyglass Entertainment film studio (whose movies include “Seabiscuit’’ and “Invictus’’) to the Albertsons supermarket chain to hotels in Hawaii and Burger King restaurant franchises across the country.

Cerberus scouts for low-priced deals “opportunistically’’ — a favorite word of its executives — and, typically, no single investment will make up more than 2 to 3 percent of a Cerberus fund.

“We don’t focus our investments on particular industries,’’ Neporent said. “We’re sector-agnostic. We invest where we can make a difference. We like to do transactions where everyone benefits.’’

But sometimes its opportunistic approach can fall short. That happened when Cerberus dispatched Nardelli, a management star at The Home Depot and General Electric Co., to fix Chrysler just before the 2008 financial meltdown that devastated the automotive industry.

“They have a very confident attitude,’’ said Craig Carlson, chief executive of the Boston consulting firm Carlson Group, who tracked Cerberus’s Chrysler deal. “They felt they could take knowledge from one business where they had been successful and transfer it, but the auto industry is a place where you can’t do that.’’

Carlson believes Cerberus will fare better with Caritas because, in most cases, “these guys have a reputation of being smart and doing their homework.’’ They are also relentless in recruiting talent, whether it’s operational wizards like Nardelli or high-ranking government alums like Quayle or Snow, who can open doors around the globe.

Nardelli heads up an affiliate, Cerberus Operations and Advisory Co., that has a stable of more than 80 senior executives, some of them Nardelli’s former GE colleagues. They parachute into portfolio firms across the country and abroad to oversee their turnarounds. Nardelli was personally recruited by Neporent, who showed up at Nardelli’s Atlanta home after learning he was leaving Home Depot.

Neporent himself was recruited to join Cerberus by its reclusive founder and chief executive, Stephen A. Feinberg, a financial whiz kid who cut his teeth at the Drexel Burnham Lambert investment bank. In the 1990s, Neporent, a former corporate lawyer, represented a client who was bidding against Feinberg for assets of the bankrupt Wang Laboratories. Neporent’s client won.

Soon after, Neporent got a call from Feinberg, whom he’d never met. Feinberg congratulated him and invited him to lunch.