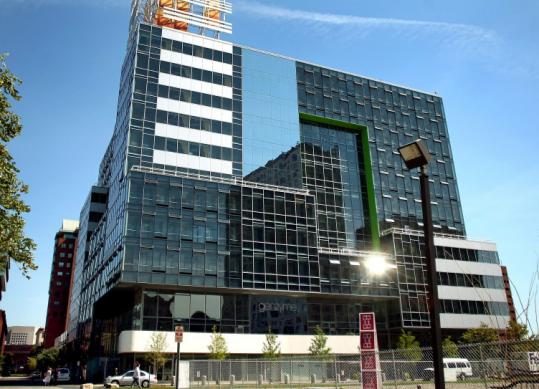 The plan would structure any takeover agreement to include a provision that would boost the premium investors receive if the company meets certain revenue targets. (John Tlumacki/ Globe Staff)
By Robert Weisman Globe Staff / November 23, 2010

Top executives at Genzyme Corp. are weighing a plan that would give shareholders a bigger return if the company is sold and its new drug to treat multiple sclerosis later proves highly successful.

The plan would structure any takeover agreement to include a so-called contingent value right, or CVR, that would boost the premium investors receive if the company meets certain revenue targets or other benchmarks. Deals featuring potential milestone payments have become common in the biotechnology industry in recent years, though most often involve venture-backed start-ups rather than established companies.

Genzyme stockowners have received an unsolicited tender offer from French drug maker Sanofi Aventis SA to purchase the Cambridge biotechnology company for $69 a share, or a total of $18.5 billion. The bid, which Genzyme’s board rejected, is set to expire Dec. 10.

As that date approaches, Genzyme’s leaders are exploring alternative plans and talking with other pharmaceutical and biotech companies in an effort to better assess the company’s value, Genzyme vice president Bo Piela said yesterday. The discussion about contingent value rights has taken place in that context, he said.

“The board authorized the company’s management and its advisers to explore all alternatives in delivering value to shareholders,’’ Piela said, describing a process that began months ago. “And contingent value rights is one of the options that’s been considered.’’

Company officials continue to believe, however, that Sanofi’s offer undervalues Genzyme, the state’s largest biotechnology company, and would not be a starting point for negotiations even if a deal was structured to include a CVR. If the informal Genzyme discussions with other companies lead to an alternative takeover offer, Genzyme could proceed to a more formal auction process.

Shares of Genzyme ticked up by 5 cents a share to $71.36 on the Nasdaq stock exchange yesterday.

At issue are differing views by the two companies of the market potential for Genzyme’s drug candidate alemtuzumab, which is being tested in late-stage clinical trials as a treatment for multiple sclerosis. Another version of the alemtuzumab, which Genzyme acquired last year from Bayer HealthCare, is already being marketed by Genzyme under the name Campath to treat a type of leukemia.

If the drug is approved by the Food and Drug Administration next year to treat multiple sclerosis, Genzyme executives have said it could provide a significant revenue boost over the next five years when the overall MS drug market is projected to reach $14 billion annually.

Sanofi executives, however, say Genzyme has overestimated the drug’s potential. They said it is likely to have more modest success in a market where it will compete with five existing therapies, including Tysabri made by Weston-based Biogen Idec Inc., as well as others that, like alemtuzumab, are under development.

Alemtuzumab, like Tysabri, helps patients with relapsing remitting multiple sclerosis. Genzyme is aiming the drug at patients whose conditions have worsened under other treatments and those who have had two or more relapses in a 24-month period, but who have yet to begin taking a drug for the condition. Unlike other MS drugs, patients would require alemtuzumab infusions for only a single five-day period annually for two years.

A look at key moments in the Cambridge biotech's history.
Previous coverage
Your comment is subject to the rules of our Posting Policy
This comment may appear on your public profile. Public Profile FAQ