Last hearings on for-profit switch set for next week 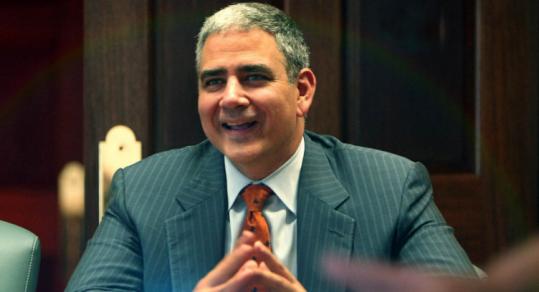 Halfway through a series of six state hearings on the proposed $830 million sale of nonprofit Caritas Christi Health Care to a New York buyout firm, support for the deal is far outstripping concerns.

During three sessions, scores of local officials, state representatives, community leaders, and employees and retirees of Caritas hospitals in Eastern Massachusetts have paraded to the podium to praise Caritas management and the private equity firm, Cerberus Capital Management, that has pledged to preserve the chain of six hospitals, at least for three years.

While health care activists have questioned what will happen to the hospitals if Cerberus resells them after three years, and some speakers have opposed putting the Catholic hospital chain in the hands of a for-profit owner, most speakers at hearings in Brockton and Norwood — and last night in Brighton, next door to Caritas flagship St. Elizabeth’s Medical Center — have come to back the deal, saying the injection of money will allow the chain to make long overdue improvements.

The public hearings are scheduled to resume tomorrow at 6 p.m. at Bristol Community College in Fall River, home of St. Anne’s Hospital. The final hearings, in Methuen and Dorchester, are set for next week.

The sessions — open to the public — are being hosted by officials from the state Department of Public Health, which must approve licenses for the six hospitals under new ownership, and the attorney general’s office, which will recommend to the Supreme Judicial Court whether it is in the public interest to convert charitable organizations into profit-making businesses.

“A strong case must be made that continuing in its current form is likely to be unsuccessful,’’ Attorney General Martha Coakley said at the outset of last night’s hearing.

De la Torre and his management team have been meeting with hospital employees and community officials to lobby for support for the sale. As part of their efforts, they recently hired Mary Richardson, former cohost of WCVB-TV Channel 5’s “Chronicle,’’ as a community liaison. Richardson attended last Wednesday’s hearing in Norwood.

“Capital is the mother’s milk of development and success. Without capital you can’t go anywhere,’’ Dr. Kevin Loughlin, chief of diagnostic imaging at Caritas Norwood Hospital, told more than 200 people gathered at Coakley Middle School in Norwood. He noted that Cerberus is spending more than $7 million to build a 7,000-square-foot cardiac catheterization lab at Norwood Hospital.

Labor leaders also spoke of how the deal calls for all of the system’s employees to be retained. “We have a lot of confidence in the leadership of Caritas,’’ said Dick Monks, organizer at the Area Trades Council, which represents plumbers, electricians, and mechanics at Norwood Hospital facilities. “They came to the table in an open way and treated us with respect.’’

The state’s two largest health care unions, the Service Employees International Union and the Massachusetts Nurses Association, are backing the sale, though union members have called on state regulators to impose conditions that maintain the patient-centered mission of the hospitals. Caritas last year signed a contract with SEIU Local 1199 and is in negotiations with the nurses union at several sites.

“Having Caritas merge with Cerberus will secure our future,’’ Connie Babcock, an administrative assistant at St. Elizabeth’s and Local 1199 member, said in Brighton last night.

Cerberus has established a holding company, Steward Health Care, that would manage the six Caritas hospitals. The hospitals include Carney Hospital in Dorchester and Holy Family Hospital in Methuen.

But the three-year limit on the equity firm’s commitment to not sell the hospitals raised some concerns at the hearings.

“What happens after the three years are up and what is to prevent Cerberus from making radical changes such as eliminating key health care programs or even closing down a hospital?’’ asked Matt Wilson, campaign director for Health Care for All, a Boston-based consumer advocacy group.

Wilson last night said state approval should not be “a thumbs up or thumbs down matter.’’ He said the public should have “a seat at the table’’ in setting strict conditions for the Caritas conversion to for-profit status.

Ellen Murphy Meehan, coordinator for the Health Care Access Coalition, a group of caregivers in low-income communities, said “a transfer of ownership of a nonprofit system of this size and significance to a for-profit is unprecedented and requires a higher level of scrutiny than any we have seen in Massachusetts ever before.’’

One opponent of the sale, C.J. Doyle, executive director of the Catholic Action League of Massachusetts, last night said he was concerned “with the adequacy of the guarantees for its [Caritas’s] continued Catholic identity.’’ Doyle noted that Cerberus negotiated a clause that would allow the firm to end the religious affiliation in exchange for a $25 million donation to charity.

Robert Weisman can be reached at weisman@globe.com; Megan Woolhouse at mwoolhouse@globe.com.