It sees Pompe disease therapy as a blockbuster 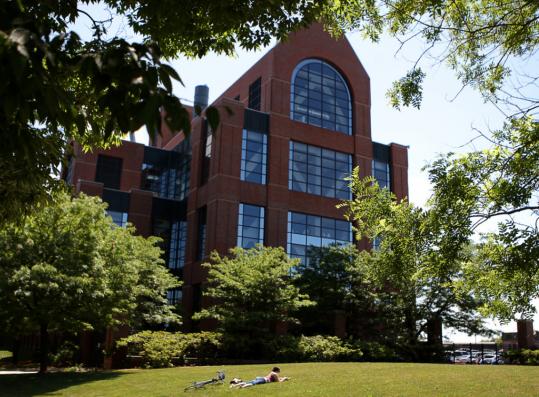 The decision represents the most important US drug approval for the Cambridge biotechnology company since 2003, when regulators signed off on Fabrazyme, a treatment for Fabry disease. Genzyme hopes Lumizyme will become a blockbuster, with worldwide sales of at least $1 billion annually.

“This will be our fastest-growing product,’’ said John P. Butler, president of personalized genetic health at Genzyme. The company has spent more than 10 years and $1 billion developing Lumizyme, Butler added. “The United States is the single largest market for this product, and now we have complete access to that market,’’ he said.

Genzyme shares shot up 5.5 percent yesterday as investors absorbed news of the drug’s approval — at a time when the agency has also levied a $175 million fine against the company and put it under federal oversight for up to eight years because of persistent production problems at its Boston plant.

No other company is marketing a drug for Pompe disease in the United States. The company plans to ship the drug from a plant in Geel, Belgium.

Most immediately, the FDA approval means Genzyme will be able to sell Lumizyme to about 200 adult patients in the United States who have been receiving it for free under a charitable program.

The company can also begin marketing the drug to about 1,000 adults who also have Pompe disease but are not yet being treated.

Genzyme executives said the drug’s price would probably be in line with what it costs in the more than 40 countries in Europe and elsewhere where it is already approved: about $300,000 per patient annually, depending on the dose and on the weight of the person.

Most of the expense is paid by insurers or governments.

Pompe disease is a rare disorder that causes heart and skeletal muscle weakness that can progress to respiratory problems and eventually cause death from respiratory failure.

The enzyme deficiency “is a devastating condition without the appropriate treatment,’’ said Dr. Julie Beitz, a director at the FDA’s Center for Drug Evaluation and Research in Silver Spring, Md. “The approval of Lumizyme will provide an important treatment for patients diagnosed late in life with Pompe disease.’’

Genzyme currently produces another version of the Pompe disease drug, called Myozyme, in 160-liter batches at its plant in Framingham. But Myozyme has been reserved primarily for infants and children with more serious forms of the disease.

The company made Lumizyme at its Allston plant in Boston for about three years to supply US adults with Pompe under its charitable program. But production was suspended last spring after the FDA issued a warning about manufacturing shortcomings and Genzyme concluded the plant was overtaxed.

But in the past 15 months, it has struggled with a host of quality-control problems at the plant, including the discovery of a virus that caused a monthlong production halt last summer, leading to a consent agreement with the FDA that included the fine and oversight. Since it stopped production in Allston, Genzyme has shipped the drug from Belgium for its charitable program.

FDA officials had approved Myozyme in smaller batches, but they required a separate approval process for Lumizyme because the agency concluded the two drugs have different carbohydrate structures. Initially, Genzyme applied to make the drug in Allston Landing. But after its manufacturing problems surfaced, it negotiated a different path to Lumizyme’s approval with the FDA, including the plan to make the drug overseas.