Not intolerant to special diets

Many restaurants are adding gluten-free options to menus

About two years ago, Carla Pallotta’s best friend discovered that he had celiac disease.

The diagnosis, which meant that he would no longer be able to eat foods containing gluten, presented an opportunity for Pallotta, a chef and co-owner of the North End’s Nebo Restaurant, to stretch her culinary skills.

“He was so disappointed, and I said, ‘You know something, I’m going to make something gluten-free for you,’ ’’ said Pallotta, who used trial and error to adjust her own recipes for chicken Milanese, eggplant timballo, and a fried seafood platter for her friend, before deciding to roll out a gluten-free menu at her restaurant.

Last July, Nebo unveiled a new gluten-free menu complete with six pastas, chicken, seafood, and more than 20 varieties of pizza, joining the slew of restaurants across the country that are adapting their menus with gluten-free options, including big chains such as Uno Chicago Grill and PF Chang’s China Bistro.

These eateries cater not only to the 1 percent of the nation’s population who suffer from celiac disease — an inherited autoimmune disease that requires a lifelong diet free of gluten from wheat, barley, rye, oats, and spelt — but also those who have other gluten sensitivities and people who want to go gluten-free for other reasons.

“Restaurateurs are very much in touch with their guests,’’ said Peter Christie, president and chief executive officer of the Massachusetts Restaurant Association. “As more and more people are becoming aware that they have gluten intolerance, restaurants are responding with gluten-free items in order to accommodate their guests.’’

Among them, Boston-based Uno Chicago Grill first unveiled a gluten-free menu in 2006 at its 165 locations, according to Rick Hendrie, senior vice president of marketing. It has since grown to include more than 20 items, ranging from lemon basil salmon to tropical fruit freezers.

Legal Sea Foods’ menu has a section for children, offering cod fish sticks, half-steamed lobster, and bunless hamburgers and cheeseburgers. And Boylston Street’s Mexican eatery Cactus Club this month added a gluten-free menu with about 15 items, according to the restaurant’s director Joe Sousa, in response to increased demand.

“It’s a big commercial niche now and it’s growing,’’ said Melinda Dennis, a nutrition coordinator at Beth Israel Deaconess Medical Center’s Celiac Center, who was diagnosed with celiac disease 20 years ago and has noticed a shift toward more restaurants offering gluten-free options. “It was really hard in the beginning. Now it’s just delightful.’’

Cambodian and French restaurant Elephant Walk in Boston, Cambridge, and Waltham, introduced its gluten-free menu in 2004, after a year of carefully assessing each item’s ingredients and nutritional value, said executive chef and co-owner Nadsa de Monteiro.

The menu now has 10 gluten-free entrees at dinner and seven at lunch. Five gluten-free salads and a few soups and starters are also available, as well as a gluten-free Sunday brunch menu.

De Monteiro said patrons who avoid gluten have been very appreciative of the menu. “I’ve never seen a happier group of people to see a real menu,’’ she said. “They felt like they were treated like human beings.’’

At Peace o’ Pie, gluten-free pizzas are served every Thursday during “Gluten-Free Night.’’ The Allston vegan restaurant, which opened in October, said it has since served a growing number of gluten-free pies, according to owner and chef Miguel Danielson. Sometimes, he said, they sell out within the first two hours.

Patrons may order any of the restaurant’s specialty pies in a gluten-free form — as long as they do not contain gluten ingredients such as artificial chicken strips or bacon — or stick to a traditional vegan offering. Danielson said one of the most popular choices is “The Fresh,’’ which features vegan pesto and cheese, broccoli, roasted garlic, and onion.

All the dough for the gluten-free crusts is made during off-hours to prevent cross-contamination, he said, and separate pans and mixing materials are also used. Additionally, a special oven and chef are designated for all a given evening’s gluten-free dough, he said.

“We have to go to great lengths in order to do it and we want to do it right or not at all,’’ Danielson said.

In fact, it’s the time-consuming — and sometimes costly — efforts by the restaurants to prevent cross-contamination that have caused some of them to increase prices on their menus’ gluten-free items. Pizzas at Peace o’ Pie, for example, are available in only one size and cost patrons $2 more than regular offerings.

Stone Hearth Pizza, which has shops in Belmont, Needham, and Cambridge, has 19 gluten-free offerings that include appetizers, salad, pizza, pasta, and dessert. Gluten-free menu items cost an additional $2.

But not every restaurant charges extra for gluten-free offerings. At South End Chinese restaurant Myers & Chang, the menu’s gluten-free items cost the same as their conventional counterparts. Co-owners Joanne Chang and Christopher Myers have also included nut-free, shellfish-free, and vegetarian menus since opening in 2007.

“From the first day we opened, we decided we want to make ourselves available to people with various food allergies,’’ Chang said. 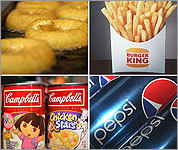