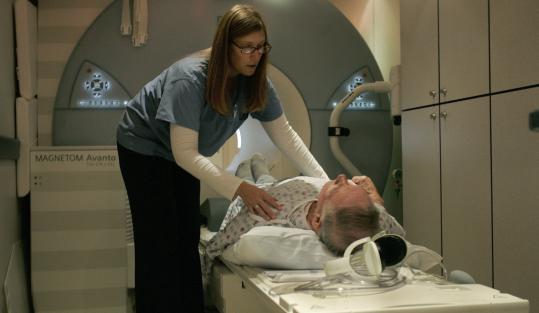 Caritas Christi Health Care, the state’s second-largest hospital group, is set to disclose today that it has agreed to be acquired by New York private equity firm Cerberus Capital Management in an $830 million deal that hospital officials say will allow the chain to shed debt and make major improvements.

Under the agreement, Cerberus’s first investment in hospitals, Caritas Christi’s management in Boston will continue running the Catholic community hospitals. In addition, Cerberus has pledged to keep the system’s 12,000 employees and won’t sell the hospitals or take them public for at least three years.

The firm said it hopes to expand its hospital holdings nationally and in Massachusetts, potentially making Caritas a more formidable competitor with large Boston hospitals for many routine procedures.

All six Caritas hospitals, including the flagship St. Elizabeth’s Medical Center in Brighton, will remain open and follow the Catholic Church’s ethical and religious directives, among them a ban on abortions. But they would convert from nonprofit to for-profit businesses and begin paying taxes to state and local governments.

The sale still faces significant hurdles and would have to be approved in the coming months by the state’s highest court, as well as government agencies and religious authorities.

The state attorney general’s office will review the deal, schedule a public hearing, and ultimately make a recommendation to the Massachusetts Supreme Judicial Court. The court’s approval is needed any time a charity becomes a for-profit entity. Past efforts by for-profit health care companies to enter Massachusetts have raised alarms in state gov ernment and among health care advocates. The acquisition will also be subject to a public hearing before the state Department of Public Health, which would have to approve such a deal.

The Caritas board has approved the sale, but Cardinal Sean P. O’Malley’s approval is also needed. The Catholic Archdiocese of Boston created the system in 1985 to manage existing Catholic community hospitals. It became an independent nonprofit charity in May 2008 through an agreement with Attorney General Martha Coakley. But it retains a strong church affiliation, and three archdiocese representatives sit on the board.

Church officials are negotiating a “stewardship agreement’’ with Caritas that would formalize the commitment to keep the Catholic identities of the hospitals. One issue in those talks is likely to be how the preservation of Catholic directives could be guaranteed if Cerberus eventually sells the chain.

It was unclear yesterday how long it would take for government and church officials to approve the deal, or what objections might be raised. In a statement, the Rev. Richard M. Erikson, vicar general of the Boston Archdiocese, said Cerberus “will provide needed resources to serve patients with excellent quality and compassionate care long into the future.’’

Cerberus is known in financial circles as a turnaround specialist, a private equity firm that typically buys underperforming companies and makes them profitable so they can be sold at substantial gain for investors. But some of its most recent and best known deals have been disastrous, including a failed effort to resurrect Chrysler Group LLC. The automaker went bankrupt last year after Cerberus bought an 80 percent stake in it, costing the buyout firm more than $1 billion.

Most of Cerberus’s investments have been successful, however, including its 2005 acquisition of Talecris Biotherapeutics Holdings Corp., a small North Carolina biotech it bought for $90 million and took public last year. It is now worth $2.5 billion.

Ralph de la Torre, chief executive of Caritas, will still oversee the hospitals under the Cerberus umbrella — and will help it shop for other hospitals to buy. Caritas said the chain will keep its Boston base, no matter what other acquisitions are made.

Caritas has long struggled financially, but since coming to the chain two years ago, de la Torre has worked to strengthen its financial position by aggressively cutting costs and boosting revenue from medical care. It posted operating income of $30.5 million for the fiscal year ending last Sept. 30 compared with a $20.5 million loss the prior year.

De la Torre said that while Caritas provides excellent medical care and is improving financially, it needs more cash for maintenance and improvements, and is weighed down by debt and pension obligations. To keep the pension funded, Caritas would have to contribute $24 million a year for the next 13 years.

“This deal gives us the financial sponsor that we need to truly fulfill our commitment to our employees, our pensioners, our patients in the community, and to the state of Massachusetts,’’ he said.

De la Torre, an MIT-trained engineer and cardiac surgeon, said he concluded shortly after coming to Caritas that the system would need outside money. In 2007, its weak finances led to the collapse of a tentative deal for it to be acquired by Ascension Health, a Catholic health care chain based in St. Louis. Since then, it has talked with other potential buyers, including the nonprofit Catholic Health Initiatives, for-profit companies such as Vanguard Health Systems, and other private equity firms.

Caritas and Cerberus were introduced through Cain Brothers, a New York investment banking firm that specializes in health care.

Caritas board chairman James J. Karam said the economic benefits and Cerberus’s commitment to run the chain under the Catholic umbrella swayed members. “In every one of these communities — Fall River, Brockton, Dorchester — these hospitals are economic engines as well as health care providers,’’ Karam said.

Caritas officials declined to say whether the board’s decision was unanimous.

Under the agreement, Cerberus will invest $430 million to $450 million immediately to pay off Caritas debt, finance renovation projects, and provide working capital, while also assuming its pension liability. It will invest another $400 million over the next four years for additional improvements, including building projects at all six hospitals as well as to update information technology and care management systems ranging from inventory controls to surgical robotics to bedside monitoring equipment.

The goal is to generate a profit by turning what had been debt and pension payments into cash flow, by making operations more efficient, and by attracting more patients from other hospitals. Caritas officials said the aim is to provide quality community-based care at a reasonable cost.

“Under this model, the communities that Caritas serves are going to have better integrated care and better facilities,’’ said industry consultant Marc A. Bard, managing director for Navigant Consulting in Needham, who has advised Caritas on health care issues.

De la Torre estimated that shifting from nonprofit to for-profit status could generate $100 million in state and local taxes over the next five years. He also said the new organization would assume labor contracts that several Caritas hospitals negotiated last year with Local 1199 of the Service Employees International Union.

He and Cerberus officials also said the Cerberus acquisition will create jobs, especially for construction and renovation work. They did not offer specifics on the number of jobs.

De la Torre’s current Caritas contract contains a “change of control’’ clause that would give him a payout if the hospital group is sold. But the clause won’t be triggered by the Cerberus deal because he will remain as chief executive, according to Caritas officials. They declined to specify the amount of the payout in de la Torre’s change of control contract.

While de la Torre and other senior executives will retain their current salaries and benefits, they would be eligible for additional compensation from Cerberus based on the financial performance of the hospitals, Caritas officials said. They said the details of those financial incentives have yet to be worked out.

Conversions of nonprofits to for-profit status have been rare in Massachusetts. The last one took place in 2002, when the nonprofit Deaconess-Nashoba Hospital in Ayer was bought by Essent HealthCare Inc., a for-profit chain in Nashville.

In such cases, the state Supreme Judicial Court reviews findings from the attorney general’s office, which considers such criteria as whether the transaction is in the public interest, whether the nonprofit has received “fair value’’ for its assets, and whether the nonprofit avoided conflict of interest during its decision-making. As part of a conversion to for-profit status, companies are generally required set aside money for the public’s benefit, such as by setting up a foundation.