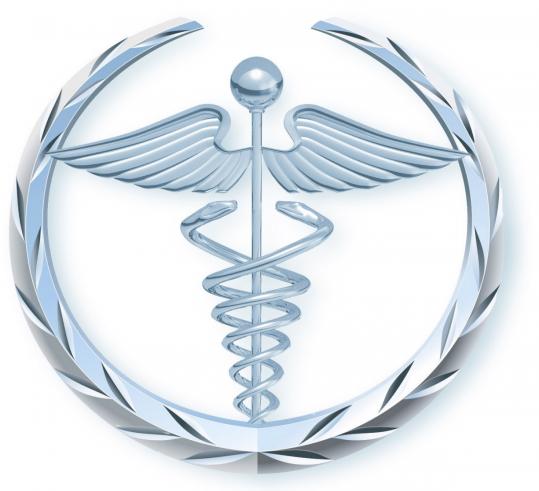 Many Massachusetts workers could face reduced medical benefits under a proposed tax in the US Senate’s health overhaul bill that is designed to pressure employers to offer less costly insurance coverage.

Dubbed a “Cadillac’’ tax because it was originally aimed at highly paid executives with premier health plans, the measure now looks more like a Ford or Hyundai tax, according to health care industry analysts. They say the penalty will eventually affect a wide spectrum of people with middle-class incomes but high-cost benefits, particularly in Massachusetts, where insurance premiums are the highest in the nation.

Under the Senate bill, employer health plans with premiums above $23,000 for families and $8,500 for individuals would be subject to a 40 percent surcharge on the portions exceeding those levels, starting in 2013. Labor leaders yesterday struck a deal with the White House to delay the tax’s impact on unions and increase the thresholds slightly. The compromise was seen as a way of moving the health bill forward.

Few employees in Massachusetts now have coverage that exceeds the proposed caps, but given the trajectory of health costs, a substantial number soon might. By one estimate, the tax could affect 34 percent of the state’s employers by 2016, compared with 24 percent nationally.

While the aim is to give employers an incentive to keep insurance costs down, critics fear the tax will reduce the quality of coverage for some workers. Analysts say companies will try to stay below the cap by increasing deductibles and out-of-pocket expenses for employees, and through measures like dropping dental and vision coverage.

“You’re likely to reach Cadillac status pretty quickly’’ in Massachusetts, said Robert W. Seifert, a health overhaul specialist at the University of Massachusetts Medical School’s Center for Health Law and Economics in Charlestown. He said the goal of the measure is to encourage employers to keep costs down. But “The danger is that the incentive would be strong enough so that you’d solve your problem by pushing it to the individuals.’’

Linda J. Havlin, a partner at Mercer, a benefits consulting firm based in New York, said the tax emerged as a way to help pay for expanded health coverage across the country. “During the process of refining the reform provisions, the focus on executive medical plans seemed to disappear,’’ Havlin said. “Instead, the idea of taxing any ‘generous plan’ emerged.’’ It was Mercer that predicted one-third of the state would be affected by the tax by 2016.

But what the Senate bill deems “generous’’ may come as a surprise to many. According to Harvard Pilgrim Health Care, the state’s second-largest insurer, some small businesses - like a beauty salon with a half-dozen employees - are already at the tax threshold, with a type of plan that costs the shop’s employees $25 to visit a doctor and $1,000 for a hospital stay. Other plans that require copayments but do not have large deductibles could soon fall into the “Cadillac’’ camp as well.

“This will drive people into less-rich consumer plans,’’ said Vin Capozzi, a senior vice president at Harvard Pilgrim, which, like many insurers, has lobbied against the tax. “The reality is, it will impact middle America, right smack in the middle class.’’

Donna Kelly-Williams, a maternity nurse at Cambridge Health Alliance and president of the Massachusetts Nurses Association, said a tax on premiums will not improve the nation’s health care system.

“The more you attack the coverage . . . of those of us that are currently insured, the bigger the problem,’’ Kelly-Williams said. “It turns out to be less health care for all of us.’’

Unions have been among the loudest critics of the proposal, saying it is unfair to workers who have traded larger paychecks for better insurance coverage. They prefer the House version of the bill, which imposes a tax on those earning more than $500,000 as a way to finance health overhaul - a measure that does not have Senate support. The two bills still must be reconciled by the House and Senate.

John Brouder, a partner with Boston Benefit Partners, a consulting and brokerage firm, said there is a misconception that a Cadillac plan means patients “get a $2,000 trip to the Mayo Clinic.’’ In fact, he said, many plans that offer fairly basic coverage happen to be expensive.

Last year the average plan in the state cost $14,327 for families and $5,731 for individuals, according to the UMass Medical School’s Center for Health Law and Economics. While average plans might not hit taxable thresholds until 2021, more expensive insurance could get there as early as 2016, according to the center’s projections. At Jordan Hospital in Plymouth, for instance, a family plan for employees already costs about $17,000.

Industry and geography play a big role in insurance rates. Insurers charge the highest prices for workers in health care and government, based on data showing those groups tend to use their health plans more than others do. And in places where health care providers are abundant, such as in Massachusetts, people tend to use medical services, driving up costs. In rural areas, with fewer people and providers, coverage can cost more because insurers have less leverage to negotiate prices.

Age is also a key component in setting rates. Companies with a higher percentage of older employees and more medical claims pay more than those with younger, healthier workers.

Coverage offered to the 1,000 members of the Plumbers and Gasfitters Local 12 in Massachusetts might not strike most people as extravagant, but it comes with a price tag of about $19,000. The HMO features $20 copayments for doctor visits and $50 copayments for trips to the emergency room. There are no deductibles, but no dental coverage, either. The plan also helps cover benefits for retirees and disabled people, something the union’s members might not be willing to do if costs keep rising.

Officials at the union local say that under the Senate bill its members could be punished simply for signing up for decent health insurance. Roger Gill, administrator for the union’s trust funds, said revamping the health care system should not mean taking away workers’ hard-earned benefits.

“There’s no question that it’s going to be easier to get to those thresholds in some of the higher-cost states,’’ said Stephen Zuckerman, a health economist at the Urban Institute, a Washington think tank. If employers cannot negotiate better rates from insurers, he said, “Over time, more and more plans will be exposed to this Cadillac tax.’’

Beth Healy can be reached at bhealy@globe.com

How much do you pay for health care?