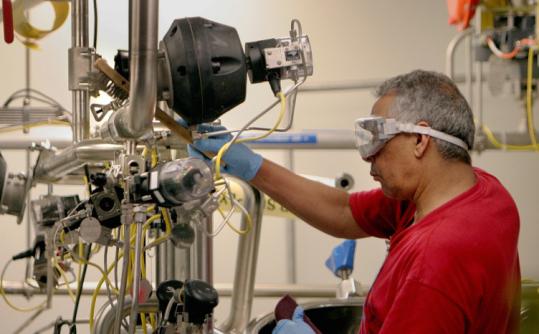 Genzyme Corp. said inspectors working on behalf of European regulators have identified one major deficiency and several lesser ones at the company’s Allston Landing manufacturing plant.

The Cambridge-based biotech company said it would respond to the inspectors within 15 days with a plan and a timetable for addressing their concerns. After that, the inspectors will would submit a final report to the European Medicines Agency, a watchdog group.

Bo Piela, a spokesman for Genzyme, said the company will not have to cease production of drugs made at the plant.

The nature of the findings was not immediately detailed.

Genzyme, which makes drugs to treat rare and chronic diseases, was forced to temporarily halt production at the plant in June due to a virus contamination. The shutdown of the 13-year-old plant caused a shortage of Cerezyme, a drug to treat Gaucher disease, and of Fabrazyme, for Fabry disease.

Genzyme is the world’s leading supplier of treatments for the disorders.

Representatives of the European regulatory agency were not available to comment yesterday. The agency’s offices were closed for a holiday.

But analysts said the news was ominous.

“While we have urged patience until now, we are surprised that there are still significant deficiencies at Allston this late in the game,’’ said Christopher Raymond, at Robert W. Baird. “We are lowering our Cerezyme estimates considerably through 2012 as we now feel the odds of continued delays at Allston Landing and longer-lasting fallout from said delays are now higher.’’

Raymond, who downgraded the stock to “neutral’’ from “outperform,’’ said that, historically, fewer than 10 percent of EMEA observations have been categorized as major.

Genzyme cleaned the plant and restarted it at the end of July and has said it expects to release the first batches of product in November and December and be able to fully supply patients - some of whom have had to skip or reduce their doses - by early next year.

The fear among analysts and investors is that the shortages will last longer than expected.

“Should Genzyme’s manufacturing issues persist, the possibility of a friendly or quasi-friendly acquisition by a big pharma company definitely increases,’’ said Geoffrey Porges, an analyst at Sanford Bernstein.

Genzyme received a warning letter from the US Food and Drug Administration in February about the manufacturing problems, and a May inspection found that not all of them had been resolved. The FDA is due to inspect the plant again.

Genzyme’s manufacturing problems have opened the door to competitors. Shire PLC and Protalix BioTherapeutics Inc. are both developing rival drugs for Gaucher disease.