Doctor, give me the news 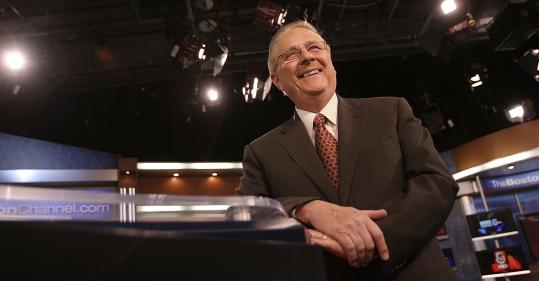 NEEDHAM - On any given day, Dr. Timothy Johnson deals with a variety of cases from swine flu to pop singer Michael Jackson’s coroner’s report - on TV, that is.

As medical editor for WCVB-TV (Channel 5) and ABC News, “Dr. Tim,’’ as he’s called, is one of the most visible doctors in the country - even though he doesn’t actually practice medicine anymore. Over the last three decades, Johnson has been informing TV viewers about the latest medical news. And thanks to a rash of big stories this year, he’s done everything from explain the recent flu pandemic to help moderate viewers’ healthcare policy questions for President Obama to provide analysis on the so-called King of Pop’s death.

“It was surreal going from the White House to Michael Jackson,’’ said Johnson, 73, who lives in Marblehead and travels every other week to New York to appear on “Good Morning America’’ and other ABC news programs. As a national TV medical correspondent, Johnson is the most senior member of a handful of real-life TV doctors that include NBC News chief medical editor Nancy Synderman and CNN chief medical correspondent Sanjay Gupta. Johnson, with his graying hair and glasses, is recognized for the paternal way in which he dispenses medical information.

“What Dr. Tim does well is that he explains difficult medical and scientific concepts in layperson’s terms,’’ said Bob Rosenthal, head of Suffolk University’s journalism department. “He has that kind of fatherly, doctorly advice approach. It’s almost like he is making a house call when he comes into your living room.’’

Johnson doesn’t give just medical advice, but spiritual direction as well. Johnson, who had originally planned to go into the ministry full time, is an ordained minister associated with the Community Covenant Church in West Peabody. He was drawn to medicine after he took a course on how ministers work in hospital settings.

“I was just exposed to the world of medicine in that way, and I was intrigued by it. I got it into my head that I should be a doctor,’’ recalled Johnson, who graduated from Chicago’s North Park Seminary in 1963 and later studied medicine at Albany Medical College and Harvard University before practicing internal medicine and emergency care in Lynn and at Massachusetts General Hospital.

Johnson parlayed his medical background into a TV career when WCVB recruited him to host a weekly half-hour medical show called “House Call’’ in 1972, just as the station went on the air. That program led Johnson to host another half-hour syndicated health series called “HealthBeat.’’ As his name recognition grew locally, producers at “Good Morning America’’ tapped him to become a medical editor. In 1984, he stopped practicing medicine to work full time for ABC News.

Geoff Klapisch, a media professor at Boston University, said Johnson was a pioneer in the industry when he made the leap to TV. “He was one of the first to bring in his professional experience to broadcast,’’ he said.

Now, Johnson spends his days tackling the hot medical stories of the day - nationally and locally. His on-air topics often revolve around cancer, strokes, and cardiovascular disease as well as advances in medicine.

But lately, Johnson also has been advocating for healthcare reform, which has been the topic of a new yearlong series called “HealthCare Uncovered’’ that he is working on with WCVB news anchor Heather Unruh.

“I spend a lot of time talking about new breakthroughs and new miracles, but the fact of the matter is that most of them are not going to have the kind of impact on the everyday lives of people that significant healthcare reform could have,’’ said Johnson, who is married and has two children and three grandchildren.

Because of all the hot medical news this year, Johnson has been busier that ever. On a recent Monday, he was on TV live at 5 p.m. for his new series and then once off the air, he hightailed his Ford sedan back to the ABC News medical bureau nearby where he continued researching medical stories. And Johnson is always on call: He carries a beeper 24 hours a day to report breaking health stories.

But for now, it’s all in a day’s work for Johnson, who appears to be invigorated by his jobs.

“When I first started back in the 1970s, I think there was a lack of information for people. Today, I think the problem is probably the opposite - there is almost too much information,’’ he said. “I like to think we are able to help people with their lives in terms of medical information they can use to make better decisions.’’

And occasionally, he’s able to draw from his three worlds - medicine, spirituality, and TV - to help people.

On the air, ABC anchor Charles Gibson has asked Johnson about his theological takes on medical studies such as whether praying for a patient offers any benefits. (On that newscast, Johnson cited studies that said it doesn’t.) “We are lucky to have someone of Tim’s knowledge and stature here,’’ said Jennifer Berryman, a WCVB executive producer who works with Johnson.

Off the air, Johnson officiates about three marriages a year for friends and fellow staffers at ABC News and WCVB. “People around here call him Saint Tim,’’ said Gibson from ABC’s New York offices. “He is a lot in demand because of the number of platforms. His compass I find to be on true north, both in terms of his medical capabilities and ethical approach to things. He’s a tremendous asset to us.’’