THIS STORY HAS BEEN FORMATTED FOR EASY PRINTING
Ask Dr. Knowledge 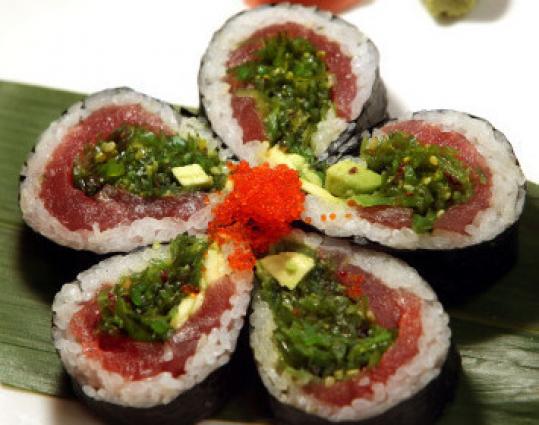 Very fresh fish does not, in fact, smell fishy - which is handy knowledge when dining on sushi. If it smells, send it back!

As a fish decomposes, nitrogen-containing chemicals called amines are released. Some of these are quite volatile and extremely smelly. This chemical release, and thus the smell, intensifies the older the fish gets.

An excellent reason to gut a fish quickly is that fish guts have chemicals that help break down fish, since many fish eat other fish. The contents of fish guts can speed up decomposition and the associated release of smelly amines.

So why does lemon juice reduce the fishy smell? Amines can react with acids, such as the citric and other acids in lemon juice, and in the process the amines become water-soluble. As a result, they are less inclined to waft up into the air, so the fishy smell diminishes. This also makes acids such as lemon juice or vinegar useful for getting fishy smells out of clothing and dish towels.