In suit against Wyeth, justices consider what FDA knew 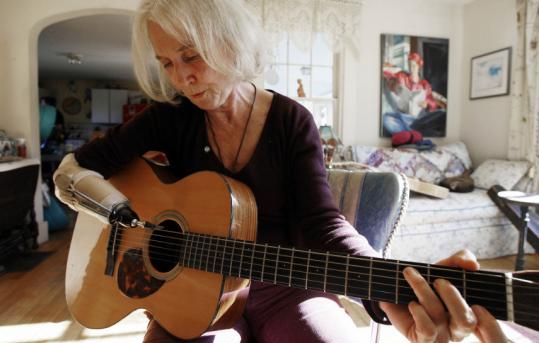 WASHINGTON - The Supreme Court appeared likely yesterday to decide an amputee's lawsuit against a drug maker based on how much federal regulators knew about an antinausea drug's risks in the event of a botched injection.

Several justices indicated that if the Food and Drug Administration had clear information about the risks of Wyeth Pharmaceuticals' antinausea drug Phenergan, and approved its warning label anyway, then Wyeth probably would prevail in its court fight against Diana Levine of Vermont.

But there was considerable skepticism among the justices - and disagreement between the opposing lawyers - that the FDA had a clear picture of the disastrous consequences of improperly giving Phenergan by an intravenous method of injection known as IV push, the fastest way to bring relief to nauseated patients.

"How could the FDA have concluded that IV push was safe and effective?" Justice Samuel Alito asked, given that Phenergan is not a lifesaving drug and gangrene can result from improper administration.

Justice Ruth Bader Ginsburg chimed in, "No matter what benefit there was, how could the benefit outweigh that substantial risk?"

Levine, a guitar- and piano-playing musician, was in the courtroom for yesterday's arguments in Wyeth's appeal of a $6.7 million verdict she won from a state jury.

The jury agreed with Levine's claim that Wyeth failed to provide a strong and clear warning about the risks of IV push, which include that gangrene is likely if the injection accidentally hits an artery.

That is precisely what happened to Levine.

The company appealed and, backed by the Bush administration, argued that once a drug's warning label gets FDA approval, consumers cannot pursue state law claims that they were harmed.

In recent years, the administration and business groups have aggressively pushed limits on lawsuits through the doctrine of preemption - asserting the primacy of federal regulation over rules that might differ from state to state.

The Supreme Court has largely agreed, ruling last term that FDA approval shields medical devices from most lawsuits. That case turned on a provision of federal law prohibiting states from imposing their own requirements on the devices.

The Levine case has drawn a lot of attention because the administration and Wyeth are contending that, although the federal Food, Drug and Cosmetic Act lacks a similar provision, drug manufacturers also are protected from most suits over federally approved drugs.

A ruling probably will not come before early next year.