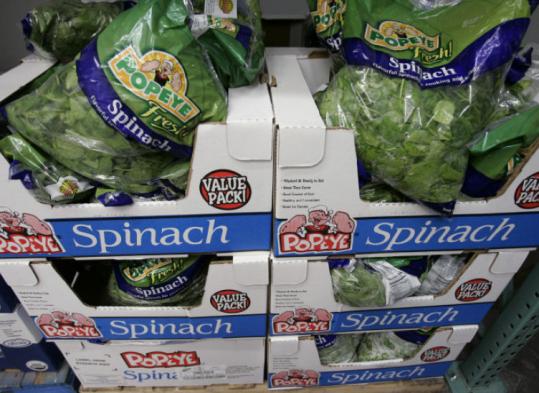 WASHINGTON - The Food and Drug Administration has published guidelines that suggest employees of fresh-cut fruit and vegetable processors wash their hands to help stop the spread of contamination.

The voluntary guidelines, posted on the FDA website, took effect yesterday and include admonitions on hygiene and produce tracking. The FDA said the advice, proposed in March, "complements FDA's current good manufacturing practice requirements for foods."

Consumer groups, lawmakers, and growers have urged the FDA to impose rules and step up inspections.

Three people died and at least 205 were sickened by spinach tainted with E. coli bacteria in 2006, sending sales of leafy greens down 30 percent.

The FDA has also been criticized in the past year for its oversight of contaminated peanut butter, pet food, and Chinese seafood imports.

"What is necessary to reform the food safety system are strong mandatory standards that will restore the American people's confidence in the foods they purchase," Representative Rosa DeLauro, a Connecticut Democrat, said. "Self-regulation and voluntary guidelines do not work and, in fact, contribute significantly to the problem."

DeLauro chairs the House Appropriations subcommittee that sets the FDA's funding. President Bush's proposed budget for the FDA in fiscal 2009 includes $662 million to protect the food supply, a 6.8 increase.

Contaminated food and the responsibilities of producers are scheduled to be discussed Tuesday at a hearing of the House Energy and Commerce Committee's oversight subcommittee in Washington.