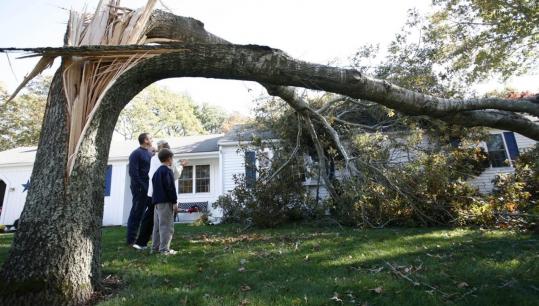 Reversing the tide of home insurers that fled Cape Cod and other coastal communities, Narragansett Bay Insurance Co. said yesterday that it is expanding into those long-neglected markets.

Backed by $200 million in fresh capital from billionaire George Soros and other investors, Narragansett Bay said it is stepping up sales statewide, including offering policies to homeowners forced into the state's insurer of last resort, the Massachusetts Fair Plan, because they were unable to find affordable coverage from other companies.

Fair Plan's coverage in coastal areas ballooned as insurers pulled out in the wake of the Sept. 11, 2001, terrorist attacks and Hurricane Katrina in 2005. Fair Plan's rates have also increased sharply, 25 percent on Cape Cod last year, because of what the company says is the higher risk of damage from hurricanes.

But Narragansett Bay Insurance believes it could prosper in the market by undercutting Fair Plan.

The company will target midpriced houses that are considered the cream of Fair Plan's customers. Those qualifying homeowners may see prices 10 percent to 40 percent below the average Fair Plan premium of $1,500, Steffy said.

Insurance agents and even Fair Plan officials welcomed the new entrant, which is offering to provide coverage to homeowners who have, by default, wound up in Fair Plan but are relatively low risks and should be eligible for private insurance.

"We think that's excellent," said John Golembeski, the president of the Massachusetts and the Rhode Island Fair Plans.

In recent years, Fair Plan's exposure on Cape Cod has soared: The insurer writes about 59,000 policies on Cape Cod and the islands, up from just 4,000 in 2000. "The Fair Plan's role is certainly not to be a primary insurer," he said.

Consumer groups have argued for years that although Cape Cod and Boston's South Shore are coastal communities, they are not at great risk to storm damage. Nonetheless, they said these towns have suffered disproportionately from rate hikes and the increased caution by insurers after the 2004 and 2005 hurricanes hit the Gulf Coast.

Narragansett Bay Insurance is effectively doing business based on the same argument: The insurer will rate each house individually to determine whether it is willing to cover the house - rather than issue a blanket decree about providing - or denying - coverage for large geographic areas. Narragansett said it will use such detailed measures as how far the structure is located from the shore, how high it sits above sea level, how well it's constructed, and whether it has year-round or summer-only residents.

In December 2005, Steffy and three partners purchased the 158-year-old Pawtucket Insurance Co., parent company of Narragansett Bay, after a corporate reorganization under receivership by Rhode Island regulators. Under the new owners, the insurer began writing new policies last year in coastal areas, but the recent capital infusion will greatly expand its ability to take on more policyholders.

The partners, owners of Blackstone Financial Group Inc. in Pawtucket, initially put up their own funds to revive the insurer. In recent months, new equity investments by Soros Strategic Partners, RenaissanceRe Holdings Ltd., and Pine Brook Capital Partners LP are fueling the company's expansion in Massachusetts, Rhode Island, and other eastern states.

But Paula Aschettino, who heads Citizens for Homeowners Insurance Reform, was concerned that Narragansett is essentially a new company. For example, while the insurer has obtained an "A" - excellent - rating from Demotech Inc., it has not yet been rated by A.M. Best Co., a primary rating agency.

Aschettino was hopeful a new insurer on the Cape would relieve financial pressures from Fair Plan and result in lower premiums for homeowners.

Chuck Robinson, the chief executive of Rogers & Gray Insurance Agency in South Dennis, which has started selling Narragansett's policies, said there is so much demand for private insurance on the Cape that he fears being inundated by homeowners looking for new coverage.

Narragansett, he said, will be "an important player, because they're more anxious to write business" than the handful of home insurers now on Cape Cod.