Emirates Airlines places orders for $60b of planes 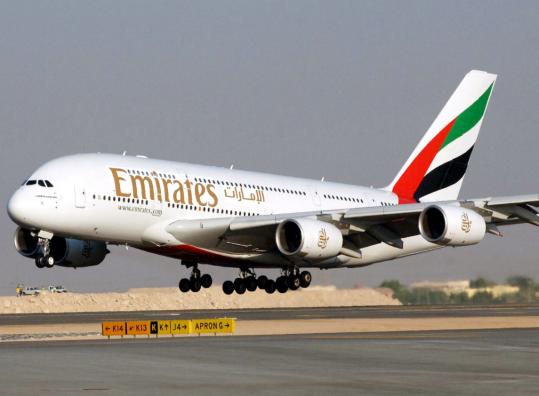 "I'm not bothered personally if that makes us the biggest or not," Emirates president Tim Clark said.

Aviation analysts say that in fact the airline's unprecedented rate of growth would make it the world's largest within the next decade.

The orders, amounting to $34.9 billion at list price, bring the value of the airline's total order book to an unheard of $60 billion.

Clark, who helped establish the company in 1985 and has served as its president since, says his main aim is for the airline to keep its focus and remain an industry trendsetter in terms of quality of service.

Emirates currently serves 99 cities in 62 countries with new ones being added on an average of one every two months. A second US route, between Dubai and Houston, was inaugurated this month. Other North American destinations are New York and Toronto, and Clark said routes to two more cities in the United States, which he declined to name, were in the plan for next year.

At a time when many airlines around the world are feeling the pinch of high fuel prices and a declining dollar, Emirates expects to top $1 billion in profits in the fiscal year ending March 31 on revenues of $8.1 billion. That would represent an 18.5 percent increase over last year's figure of $844 million.