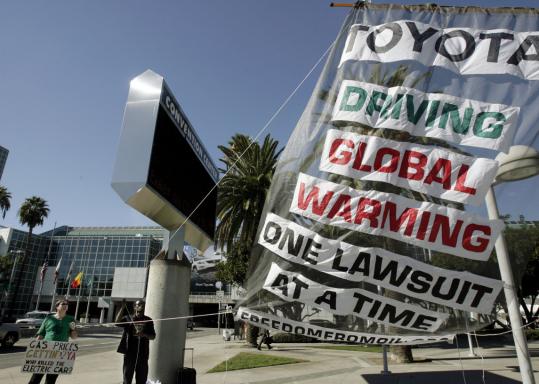 NEW YORK - Higher energy prices must accompany advances in efficiency technology if the United States is to slow the growth of greenhouse gases linked to global warming, according to a Massachusetts Institute of Technology study.

US emissions may grow faster in the next 50 years than in the previous half century, according to the MIT study released yesterday. Richard Eckaus, professor emeritus of the MIT Department of Economics and coauthor of the report, said technological change alone may increase emissions.

"Putting your money on technological change is risky," Eckaus said. "If you want to have less energy use from fossil fuels and less carbon emissions, society is going to have to pay for it."

Governments will have to spend billions of dollars annually to slow global warming and adapt to its effects, the UN Intergovernmental Panel on Climate Change said in a report Saturday. Warming is causing Arctic ice to melt, rain to decline in parts of Africa, and sea levels to rise.

Available and planned technologies could halt the emission growth at a cost of about 3 percent of global economic output by 2030. Systems include those that capture emissions from power plants and store them underground, the panel said.

"Carbon capture and sequestration depend on having places to put," carbon dioxide, Eckaus said. "Those places are not necessarily convenient to the places where it's generated."

The United States uses less energy to produce the same amount of economic output than was needed 40 years ago, Eckaus said. A "substantial" part of such gains is the result of a shift from manufacturing to a service-oriented economy, Eckaus said.

The switch by the US steel industry to electrical furnaces reduced coal use at steel plants while overall energy use increased, Eckaus said. Using a "realistic expectation" for technological change, the growth rate of emissions could be half a percent higher or more in the next 50 years.

Steel makers "use less coal, and that makes it appear more efficient, but that's not evidence of a technological change that saves energy," Eckaus said

The study was cowritten by Ian Sue Wing, assistant geography professor at Boston University. It was published in the November issue of the journal Energy Policy.