After the Salem school district announced layoffs of more than two dozen teachers in early 2008 in an effort to close a $4.7 million budget deficit blamed on bad bookkeeping, at least 10 teaching jobs were saved following a flood of community donations totaling $182,500.

Pictured: Mary Manning, principal of the Collins Middle School in Salem, after having to lay off teachers in January 2008. 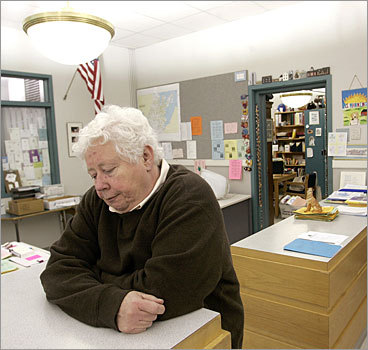