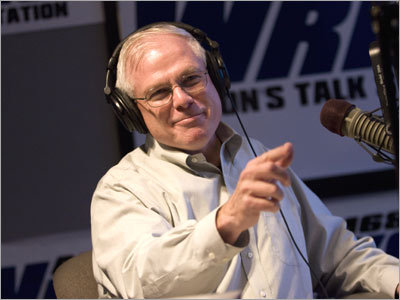 After Don Imus made racist comics and was fired from his radio show in April, local radio personality Howie Carr encountered an opportunity. WTKK, which had aired Imus's show, offered Carr a contract worth a reported $7 million to take over the time slot. All he needed to do was sue WRKO to get out of his current contract.

He lamented his terms with WRKO, calling himself an "indentured servant." But that didn't incite any sympathy from a judge who ruled in WRKO's favor.

(Erik Jacobs for the Boston Globe )