While Boston Beer's Jim Koch could conceivably have still buried his nose in a pile of hops during the water crisis, his Boston Beer company decided it would stop making beer at its Jamaica Plain brewery in order to conserve water. While there was no real threat to the overall production of Sam Adams, which is brewed en masse at other sites, the local brewery nonetheless serves as an incubator of new brew ideas and specialty beers.

But fret not, suds-o-philes. The brew tanks can be put back to work making their bubbly magic. 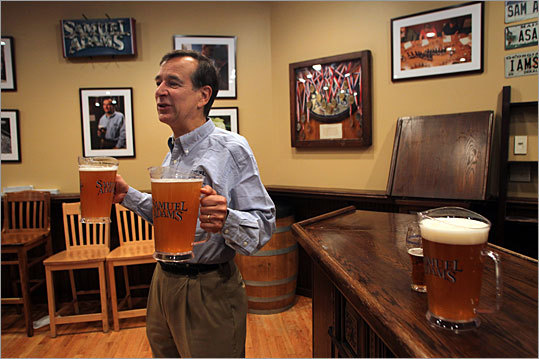