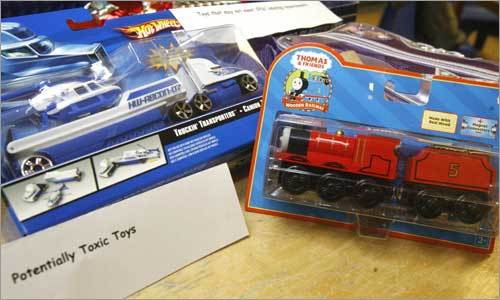 In 2007, Americans began to question the safety of products after a rash of recalls of goods made in China. In March, 60 million packages of pet food were found be tainted, sparking concern about the possibility that contaminated food had been fed to animals raised for human consumption. Massive recalls of beef, poultry, and even hot dogs ensued.

In recent months, attention shifted toward toys made in China that may have been coated with lead paint. More than 21 million toys have been pulled from store shelves.