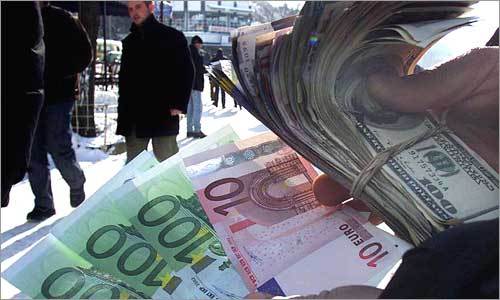 The dollar has lagged other major currencies in recent years, but new milestones were reached in 2007. In September, the US dollar traded equally with the Canadian dollar for the first time in 30 years and fell to an all-time low against the euro in October, to 70 cents per euro.

The decline has made international travel expensive for Americans, while foreign visitors are enjoying their newfound buying power in the United States.