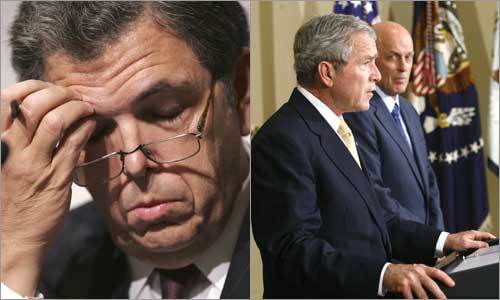 The collapse of the subprime market has hit some of the nation's largest banks. Charles Prince (left) resigned as CEO of Citigroup after investments in subprime loans forced the financial services giant to write off billions from its balance sheet. Other major banks will take similar steps.

In early December, President Bush announced a plan to help address the problem. Experts predict the slump will continue through 2009.