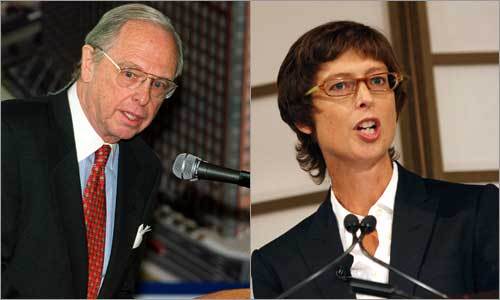 Fidelity Investments spent much of this year wrestling with questions about leadership and succession. The mutual fund giant ousted several senior managers during the year as it reorganized its upper ranks and increased the influence of Abigail Johnson (right).

Her father, Chairman Edward "Ned" Johnson (left) is approaching 80 and still lacks an heir apparent. The list of possible suitors continues to change.