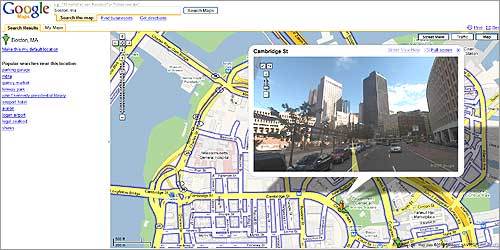 Google Inc. had another banner year as the company, based in Mountain View, Calif., unveiled new products and expanded its search engine's reach. The company remains a Wall Street darling with a share price that has risen by more than a third this year.

Locally, Google has been adding jobs to its Cambridge office and recently introduced its controversial Street View feature to Boston. Street View allows users to see a 360-degree panoramic photo of addresses they enter.