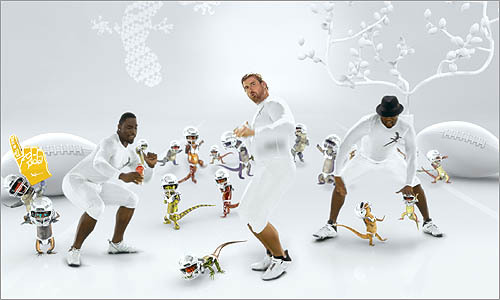 Super Bowl advertising has evolved into an event in itself. Last year's line-up lacked some of the game's regular advertisers, many of which have taken a hit from the weak economy. The remaining advertisers unveiled one-second ads, amateur productions, and 3-D football players.

Here's a look at some commercials that aired during the 2009 Super Bowl. Take a look and tell us which ones scored and which ones fumbled.