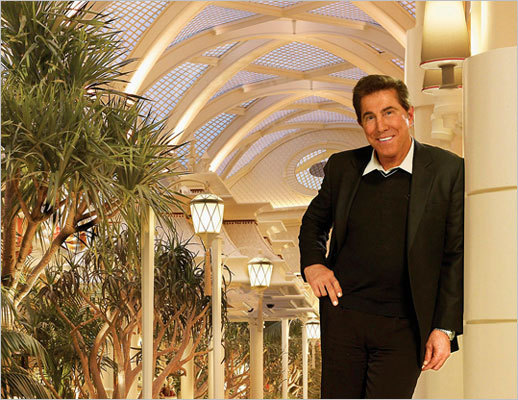 Las Vegas casino mogul Steve Wynn has revealed the first glimpse of his proposed $1.2 billion casino hotel on the Mystic River waterfront, releasing a rendering of a striking tree-lined waterfront development and a modern, bronze-glass hotel. Wynn wants to build the luxury hotel at the former Monsanto Chemical Co. site, a polluted plot of vacant industrial land between Route 99 and commuter rail tracks in Everett, near the Boston city line.

Just what other types of complexes has Wynn been a part of? See what the proposed casino may look like and take a look at some his most famous properties.