The evolution of Spectacle Island

Even before Spectacle Island became Boston's dump, the island was not quite a destination. Native Americans used is as a dump for clam shells and fish bones for about 1,000 years. After the Pilgrims settled the area, the island was a quarantine hospital for smallpox victims, a glue factory where horses were brought for rendering, and the home of two resorts that were shut down after officials discovered gambling and brothels. In the 1920s, the city of Boston began using the island as a landfill. 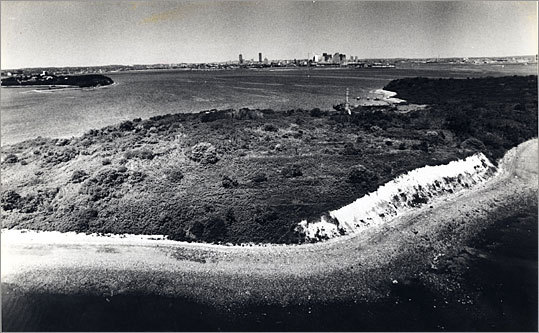