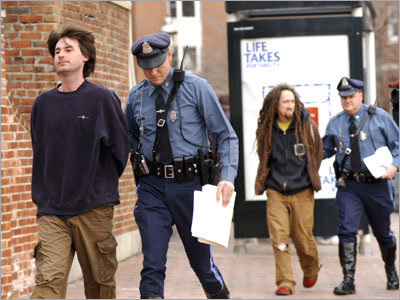 Suspicious electronic devices attached to bridges and other Boston landmarks shut the city down on Jan. 31 as people feared a potential terrorist attack. However, it turned out to be a stunt to promote a late-night cartoon.

Turner Broadcasting said that similar boxes had been stationed in other cities, and were meant to draw attention to "Aqua Teen Hunger Force," a show on the Cartoon Network. The devices used lights to depict a character raising his middle finger. Two men who were hired to plant the devices were arrested.