10 US cities with the worst traffic jams 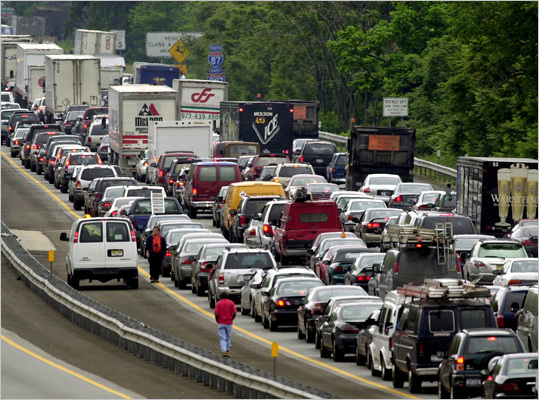 Average commute during worst driving hours: 47 percent longer than normal to complete at 5:15 p.m on Friday.

New York is well known for its congestion. For example, there's the 12.3 mile route on the Cross Bronx Expressway between Exit 13 and Hudson Terrace, which is considered most congested stretch of road in the region. The 13-minute ride during hours with no traffic can take up to 43 minutes during rush hour and may take over an hour on Friday afternoon.

Pictured: Traffic on the New York State Thruway in 2003.