2011's most memorable ads from Boston 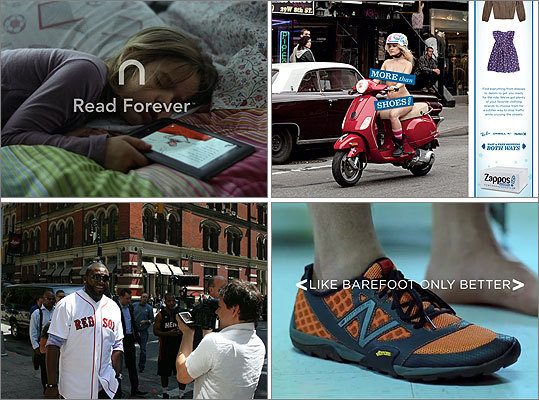 It was the year of the storyteller. In 2011, local ad agencies churned out campaigns designed to both play well on TV or go viral on YouTube. Several featured quirky, punchy storylines that resonated with consumers nationwide. "The commercials were geared toward engaging the viewer more, instead of making them part of the message," said Geoff Klapisch, a Boston University advertising professor. "More of a two-way dialogue, instead of a one-way monologue."

Here are some memorable local ads from the past year -- some great, some not so effective, according to analysts, media executives, and the agencies that created the campaigns.