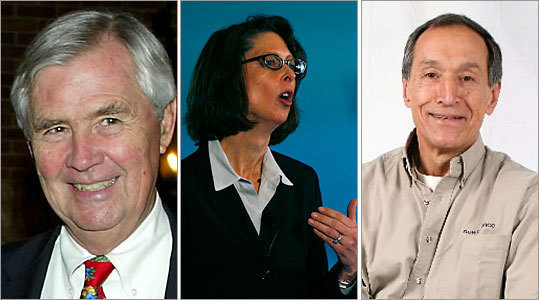 Forbes Magazine has released its 2013 list of the world's richest billionaires, and for the fourth year in a row, Mexican telecom magnate Carlos Slim (left) topped the list with a net worth of $73 billion - which is $4 billion more than last year.

Among the 1,426 billionaires on the list are nine people who call Massachusetts home. Click through to the state's billionaires. All data from Forbes list of the World's Billionaires.