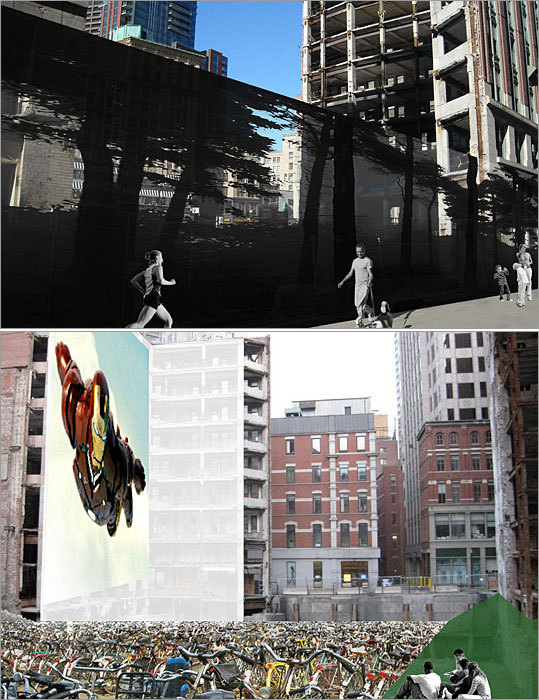 Bubb proposes a bike park on the Filene's site, along with a large projection screen to show movies at night.

Along the bike path, Bubb suggests wrapping the Filene's construction site with a fence made of perforated aluminum, painted or imposed with a scene from a forest.

The construction site itself would become an urban parking lot for bicycle commuters, with a large movie screen in front of the Burnham building for people to watch films at night. A grass berm at right would accommodate viewers and picnickers.