Abandoned projects of the Greenway 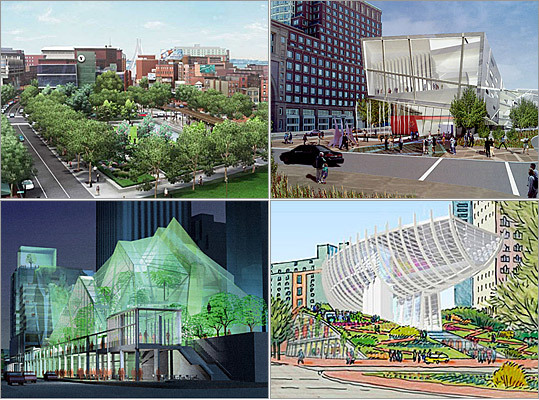 There were once grand plans for new, exciting buildings to be built on or around Boston's Rose Kennedy Greenway, the long strip of land that was created out of the Big Dig.

However, due mostly to financial woes, the projects are dead, with the YMCA of Greater Boston becoming the latest in a series of nonprofits to cancel plans for a facility on the edge of the downtown park system.

Have a look at what could have been, and then share your ideas or drawings of what you think should be done with the Greenway.