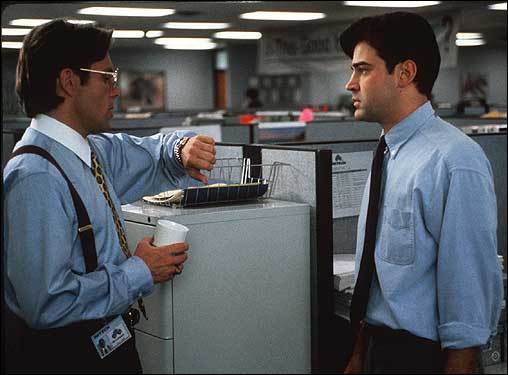 Bill Lumbergh (left), the fictitious "Office Space" boss played by Gary Cole is perhaps best known for lurking by Initech employees' desks and smugly murmuring, "Ummm, yeah...." He symbolizes the old-school manager who hates change, is obsessed with teamwork, and is so nerdy that it makes you cringe.

"A wimp is a terrible burden for those who work beneath him, capable of prodigiously manipulative behavior and cowardice that poisons a normal employee's ability to function," according to Bing. "Those who work for a wimp may find themselves making the decisions he won't make, taking the risks he won't take," Bing said.
(Van Redin/20th Century Fox)