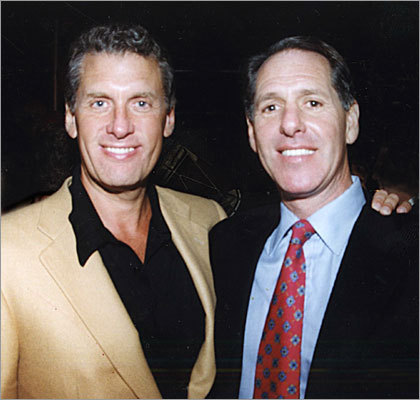 Before the recent economic downturn, the Hank Lewis (left) and older brother Alan (right) had been so close that they bought a vacation house together in Rhode Island. Hank even wired Alan $10 million to stabilize his company, Grand Circle Travel.

Their relationship has since unraveled. They recently were on opposite sides in a feud over the amount of ownership stake in a luxury yacht that Alan had given to a nonprofit charity, the Boston Foundation.

A court ruled in September 2011 that Hank Lewis must pay the philanthropy its promised share of the ship's value after years of trying to deprive it of the millions it is due. The charity received a $31.6 million gift, the largest in its history.