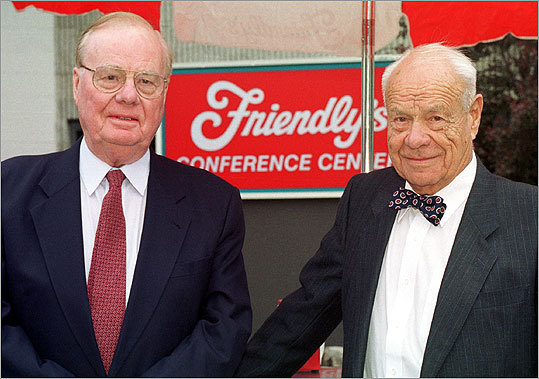 For decades, the relationship between brothers Curtis (left) and Prestley Blake fit their family-friendly restaurant. The two co-founded Friendly's in 1935 using $547 from their parents. The company expanded to more than 600 restaurants, then 800 under Hershey's ownership, but soon faced financial struggles.