As the continued financial crisis has led to taxpayer-funded government bailouts of large institutions, increased attention has been placed on the highest earners at these struggling institutions by the government and media.

While the compensation packages that some executives receive have left some scratching their heads, it has spurred others to protest what they see as a culture of corporate greed.

Here are 10 examples of executive compensation at companies both public and private that have rubbed some people the wrong way. 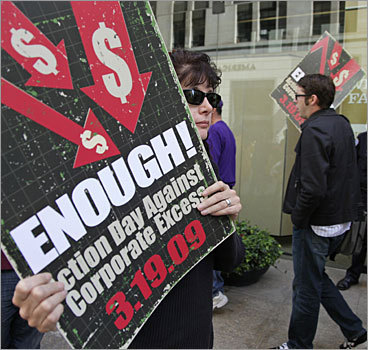