Now and then: Chinatown, Combat Zone 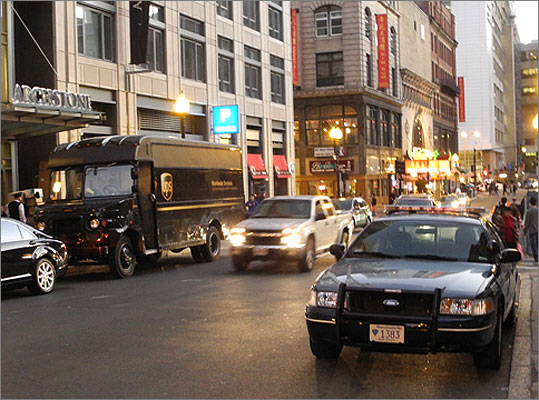 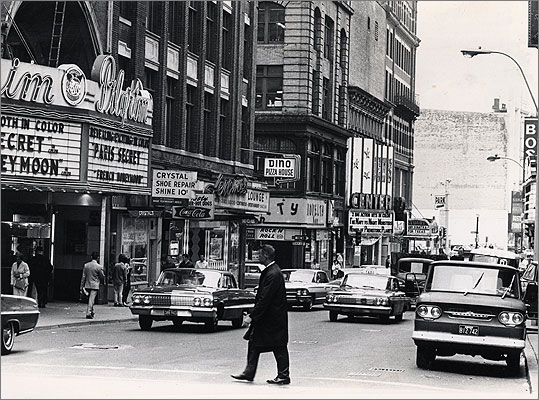 Use the slider in each photo area to reveal the changes.

These photos look down Washington Street toward Tufts Medical Center and the bulk of Chinatown.

The photo from 1966 shows that the featured film for the evening at the Pilgrim Theatre was called "Paris Secret." Today it is the high-rise apartment building. And the Dino Pizza house has been replaced with The Q Restuarant, which sells Chinese, Japanese, and Mongolian cuisine.