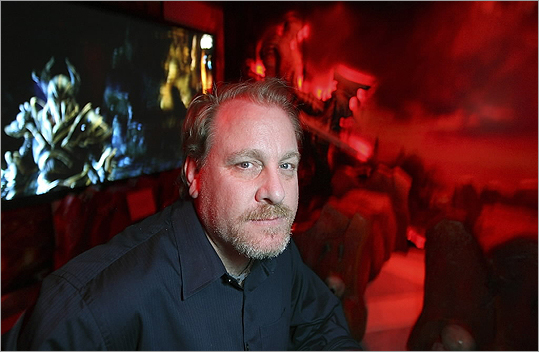 Former Red Sox star Curt Schilling told a sports talk show Friday that his video game company collapsed suddenly, but public records and interviews show the Rhode Island venture was struggling for months before its troubles climaxed in May.

Schilling’s firm, 38 Studios, was frantically trying to raise cash early this year, prompting it to strike a deal in January to sell millions of film tax credits it had yet to receive from Rhode Island. The company also stopped making payments to major vendors. It stopped paying health insurance premiums to Blue Cross and Blue Shield in March while Atlas Van Lines was owed money for several months after moving employees.

“This didn’t happen at all once,” said Nathan F. Coco, a bankruptcy lawyer at McDermott Will & Emery LLP in Chicago. “It’s clear they were suffering financial distress over some period of time.”

Schilling declined to talk to the Globe Friday. But in a lengthy interview on radio station WEEI, Schilling said, “It all happened so fast. It’s been kind of a surreal 60 days, 75 days.”

The firm’s financial problems became public on May 14, when Rhode Island Governor Lincoln Chafee said the state was trying to find ways to keep 38 Studies solvent after it missed a $1.1 million payment it owed the state. Ten days later, 38 Studios laid off all its roughly 400 employees, and two weeks after that, the video game company filed for Chapter 7 bankruptcy, clearing the way to liquidate the firm.

Chafee has since ordered a forensic audit to sort through the financial remains of 38 Studios, which has left the state on hook for the $75 million loan guarantee used to lure the company to Providence from Massachusetts last year. Federal and state law enforcement agencies have launched an investigation into whether there was any criminal wrongdoing.

The first signs of trouble appeared years ago, as Schilling tried unsuccessfully to raise money from venture capitalists, who dismissed the investment as too risky.

That forced Schilling to rely primarily on his own fortune and credit in addition to support from Rhode Island.

Schilling, who founded 38 Studios in 2006 and remains the company's chairman, estimated he personally invested more than $50 million and raised another $5 million to $10 million from other investors. But he acknowledged it wasn’t nearly enough.

“We needed to raise capital,” Schilling said in the radio interview. “We tried for a long time to do that and it didn’t come to fruition.”

Meanwhile, the launch date for the company’s flagship project, a massive online role playing game code-named Copernicus, kept getting delayed. The company reportedly hoped to release the game as early as 2010.

Then 2011. Then 2012. Most recently, 38 Studios postponed a September 2012 launch to June 2013, meaning it would need even more money to keep operating until the game was completed.

By January, Schilling was frantically trying to raise cash, selling millions of dollars in film tax credits 38 Studios hoped to get from the state, but hadn’t received, to a company controlled by Michael Corso, a Rhode Island film tax credit broker.

Corso could not be reached for comment, but 38 Studios reported in bankruptcy filings that it owed more than $11 million to the Corso company that bought the credits.

In February, Schilling posted his personal collection of gold coins, worth millions, as partial collateral for a loan from Bank Rhode Island, a unit of Brookline Bancorp. In March, with financial pressures increasing, 38 Studios chief executive Jennifer MacLean unexpectedly took a leave of absence.

She said in an e-mail that she resigned May 17, a week before the company laid off all its workers, but declined to explain why she left in March or to comment on the company’s finances.

“We wouldn’t go to employees unless it was an extreme situation,” said Atlas spokeswoman Kerri Hart. She said it’s standard practice in the moving industry to collect from employees if a company will not pay as promised.

Blue Cross and Atlas are hardly the only creditors. 38 Studios listed more than 1,000 in its bankruptcy filing — from Acton Pest Control Services in Massachusetts to Umbra Software in Finland.

The owners of Silverman McGovern Staffing, a temporary employment agency in Providence, said 38 Studios never warned them that it had money problems. Even after 38 Studios stopped paying its own employees in May, Schilling’s company kept signing time cards for the four or five workers assigned there by the temp agency, which paid them and then billed 38 Studios.

Silverman McGovern is owed more than $47,000, according to bankruptcy filings.

“If you can’t pay someone, let them know,” said Faye L. Silverman, the managing partner.

Even workers were kept in the dark. One former manager noted the company was still interviewing prospective hires through April.

Jeff Horal, an artist, said most employees did not learn of the problems until they first saw news stories about the situation. And many did not discover the company had missed its May 15 payroll until they checked their bank accounts.

“We didn’t really know anything,” said Horal, who is hunting for a new job. The company reported it owed employees more than $2 million in wages and accrued vacation.

R.A. Salvatore of Leominster, the fantasy author who helped create 38 Studios’ games, said he was not paid for his work, except for some expenses and daily fees for travel. 38 Studios said in bankruptcy filings that it owed Salvatore $1.7 million.

Salvatore’s son, Bryan, a game designer at 38 Studios, took a double hit. He is owed nearly $3,200 in unpaid wages, plus accrued time off, and could get stuck with an additional mortgage, according to bankruptcy documents.

When 38 Studios moved to Providence a year ago, it offered to help workers relocate by selling their homes for them and taking over the mortgage payments. But the company’s relocation company was unable to sell seven homes, including the younger Salvatore’s in Leominster, and told workers last week they are now responsible for the payments. Bryan Salvatore declined to comment.

All told, 38 Studios owes more than $150 million, but listed less than $22 million in assets. Most creditors are expected to receive nothing.

Some observers said they could not understand how 38 Studios let the situation spin so out of control.

“There’s almost never an excuse not to pay employees,” said David Reier, a bankruptcy lawyer with Boston firm Posternak Blankstein & Lund. “If you don’t have the cash to pay employees, then shut down. Don’t string your employees along.”