Founder placed on leave over use of company funds 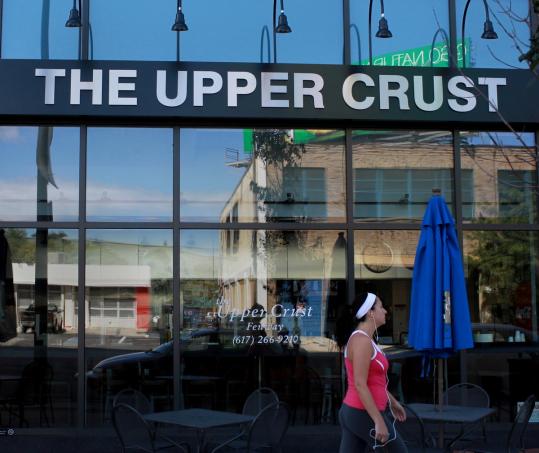 Upper Crust Pizzeria said Tuesday that it has placed founder Jordan Tobins on leave after he allegedly used company funds for personal expenses.

Franklin Levy, an attorney representing Upper Crust and its two other co-owners, Josh Huggard and Brendan Higgins, said Tobins was placed on leave several weeks ago because of “personal use of company funds’’ and that “the matters are being dealt with internally.’’

Tobins’s lawyer, Scott Ford, said, “Mr. Tobins and his partners are working together to resolve certain business issues between them so that the Upper Crust business will continue to prosper.’’

It was unclear when or whether Tobins will return to the gourmet pizza company he started in 2001. The management shake-up comes as the chain faces ongoing federal investigations and lawsuits involving its labor practices.

Tobins is also required to obtain court approval before transferring any personal assets, under a temporary restraining order obtained last month by five former employees who are suing Upper Crust over alleged labor law violations. Those assets include his roughly 40 percent stake in the local pizza chain and a yacht he recently listed for sale on eBay for $680,000.

Upper Crust allegedly relied on low-paid illegal laborers from a small village in Brazil to expand the chain to 18 restaurants over the past decade, according to a Globe investigation published in 2010. Former employees have accused the company of routinely taking advantage of Brazilian workers by underpaying them for long workweeks and later rescinding overtime compensation ordered by the US Department of Labor.

The motion for the restraining order, approved March 22, indicated there was “new evidence that Mr. Tobins is evading legal obligations while attempting to convey assets, including a yacht worth about $700,000 and potentially his interest in the business of Upper Crust itself.’’

Court records in the case include tax liens filed against a number of Upper Crust subsidiary corporations. The pizza company owes nearly $150,000 in unpaid meals taxes from about 10 of its restaurants, including locations in Boston’s Fenway, Financial District, and South End neighborhoods; Harvard Square in Cambridge; and Lexington, according to liens and Robert Bliss, a spokesman for the Massachusetts Department of Revenue.

“The company has a terrific business and if it stays focused on the business under the leadership of Josh and Brendan, they should be able to pull through,’’ Levy said. “They brought in a new financial team and the prior [chief financial officer], frankly, lacked the competence to deal with this kind of business. The new financial team is paying attention to the business. No one is taking vacations, no one is on their yacht, no one is playing golf. They are working 12 to 20 hours a day to get the business to do well and to continue to grow.’’