If the Massachusetts Legislature legalizes casinos, then the hard job of launching expanded gambling will fall to a five-member commission that will come under extraordinary pressure from developers already vying for a share of a multibillion dollar market.

The bill put forward last month by Governor Deval Patrick and leaders of the Legislature would create the Massachusetts Gaming Commission, a body to be charged with screening and selecting operators for three casinos and one slots parlor.

Gambling specialists said the commissioners’ performance will not only determine the financial success of casinos and the revenue collected by the state, but also set the tone for the regulation of an industry notorious for its lobbying prowess and periodic taint from public corruption cases and links to organized crime.

“You only have one shot to get this right,’’ said Mark Clayton, a gambling law lawyer and former member of the Nevada Gaming Control Board. “It becomes particularly challenging when you have multiple parties bidding for a limited number of licenses, because then there are a number of variables involved and human judgment comes into play.’’

Even though the bill has not yet been formally debated, several developers have put forward detailed plans for building casino complexes costing more than $500 million in the state. Many are backed by international gambling companies that have spent hundreds of thousands of dollars lobbying Beacon Hill lawmakers and other officials.

Under the proposed bill, one member of the Gaming Commission would be appointed by the governor, one by the state treasurer, another by the attorney general. Then a majority of those three appointees would have to approve the remaining two commissioners.

None of the appointments would be made directly by the Legislature, which has been stung in recent years by corruption scandals and an investigation that revealed high-ranking lawmakers were involved in rigging hiring practices at the state’s Probation Department.

The current legislation would create a commission that would be professionally operated and insulated from political pressures. It would require, for example, that an ethics code be adopted to govern commissioners’ behavior and their interactions with license applicants. It would also require each prospective commissioner to undergo financial and criminal background checks, and appointees would be prohibited from accepting employment with a gambling licensee within three years of the end of their terms, among other provisions.

But the experience of other states shows that even the best intentions of lawmakers can be subverted. In Pennsylvania, a grand jury recently released a scathing report on its investigation of that state’s gaming control board, saying it “neglected or wholly’’ ignored its duties to protect the public from unsuitable operators and failed to maximize revenues for promised property tax relief.

Among other things, the grand jury found that the board packed its staff with patronage hires, ignored evidence of license applicants’ financial troubles and links to organized crime, and rushed to award licenses in order to generate revenue instead of ensuring that most suitable and financially viable operators were chosen.

In summary, the grand jury concluded, “The board took the public policy objectives and essentially turned them on their head.’’

Massachusetts leaders vow they will not make the same mistakes here. Patrick administration officials emphasized that commissioners and gaming staff members must be free of financial entanglements, particularly in the ramp-up period when the state is building a foundation for the gambling industry and trying to establish public confidence.

“An independent commission is a proven model to ensure a robust and independent regulatory and enforcement structure for expanded gaming,’’ said Kimberly Haberlin, spokeswoman for Patrick’s office of housing and economic development.

State Treasurer Steve Grossman, who would be responsible for selecting a commissioner, said it would be the most crucial appointment of his tenure.

Grossman said he has not been approached by anyone pushing a particular candidate for the job - a dynamic that began almost immediately in Pennsylvania, where the grand jury found that members of the Legislature were continually intervening in hiring decisions and other matters.

The Massachusetts legislation would dictate that the gaming commission must use 17 criteria to screen and score applicants, including the number of jobs they would create, the size and amenities at each facility, measures to soften the impact on neighbors, and whether the facility would use local businesses for supplies and be designed using environmentally-friendly principals, among other issues.

One gambling industry consultant said it is particularly important the gaming commission staff members be professionals and hired on their abilities, not whether they come recommended by lawmakers or other officials.

“You don’t want people who will be beholden to the person who appointed them,’’ said Michael Pollock, managing director of Spectrum Gaming Group, which has advised Massachusetts officials on plans to expand gambling here. “You want them to be beholden to the process and the public. A key to this is finding the right people.’’ 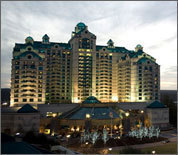