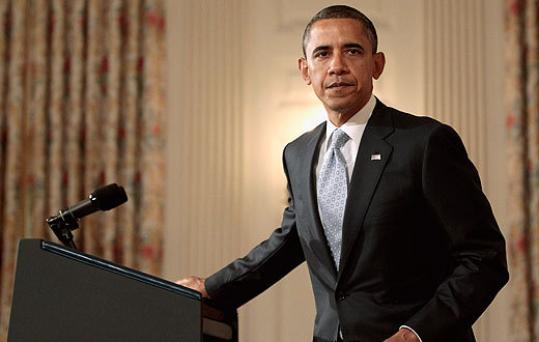 Moody’s Investors Service has assigned a “negative outlook’’ to the credit ratings of a dozen affluent Massachusetts communities and two regional school districts, in an ominous sign of how the national debt crisis and economy woes threaten the financial health of cities and towns.

The communities, which ranked among the state’s wealthiest, maintained their sterling AAA credit ratings for now, but Moody’s said it would be carefully watching them for signs they should be downgraded, signs like a sharply deteriorating national economy or a downgrade in the federal debt.

The Moody’s review, which put five states and 161 AAA-rated local governments on the negative-outlook watch list, found that Massachusetts was second only to Virginia in the number of communities at risk, largely because both states’ economies are highly dependent on federal spending.

Though it is unclear whether a negative-outlook designation would have any immediate impact on the cost of borrowing money by the communities named by Moody’s, it may be the clearest sign yet that the federal debt crisis could have direct consequences for Massachusetts communities.

Coming on August 4, a day before the unprecedented move by Standard & Poor’s late last week to downgrade the US credit rating, it sparked worries in town and city halls across the state.

Even communities not named in the Moody’s review worried about the ripple effect of a federal debt downgrade. With the economy limping along with few signs of a robust recovery, communities’ finances could deteriorate further, making it harder for them to pay existing debts and take on new loans.

“It all trickles down,’’ said Andrew Bagley, research director for the Massachusetts Taxpayers Foundation, a fiscal think tank. “Town budgets are already stretched to the max, and they have very little latitude. If the federal government starts cutting spending, it’s going to put the squeeze on cities and towns.’’

In Easton, for instance, where the town plans to sell bonds this week, officials feared that Moody’s may lower the town’s AA3 rating, which has held steady for several years.

“What it would say to the investor is that our debt is riskier today than yesterday,’’ said David Colton, town administrator. “It’s very frustrating, because most of these events are beyond our control.’’

Colton said that the town landed an interest rate of well under 2 percent in the spring and that higher rates would throw off projections. Most existing debt, local officials said, is locked in at existing rates and would be unaffected by a downgrade.

Bagley said poorer communities that are struggling to keep up with rising health care and pension costs could have a hard time borrowing money at all if their credit ratings fall further.

“They could lose access to the market,’’ he said.

Moody’s surveyed AAA communities to determine if they deserved the highest rating, in light of the nation’s negative outlook. Credit ratings at all levels are affected by the elevated national risk, a spokesman said.

In all, Moody’s confirmed the AAA ratings of five US states and 161 local governments as part of its review, but gave a negative outlook to those that were more “exposed and vulnerable to the US government’s rating.’’

The other two bond rating agencies the town uses, Standard & Poor’s and Fitch Ratings, have told Hingham officials that they will not change the municipality’s score, he said.

The review is critical because the town plans to borrow money for a middle school within the year. Although a negative outlook would have a minimal impact, a lowered credit rating would cost the town money, by making borrowing more expensive.

“If we were to drop down, that would mean that we would pay higher interest costs when we issue debt,’’ he said.

In Lexington, officials said they will press Moody’s for reasons for the negative outlook.

“They’d really have to demonstrate that there’s some data to support that position,’’ said Lexington’s town manager, Carl Valente.

Steven Grossman, the state’s treasurer, downplayed the risks to cities and towns, and said the state’s financial position was strong. He said Massachusetts “deserved strong consideration’’ for a higher credit rating.

Bagley, however, said communities would continue to feel the ripple effects from the international economic turmoil.

Globe correspondents Brock Parker and Jessica Bartlett contributed to this report. Peter Schworm can be reached at schworm@globe.com.

Correction: Because of an editing error, an earlier version of this story about Moody’s Investors Service issuing a negative outlook for bonds issued by cities and towns with AAA ratings incorrectly stated when Moody’s reported the negative outlook. It was reported on Aug. 4, the day before Standard & Poor’s downgraded US debt.