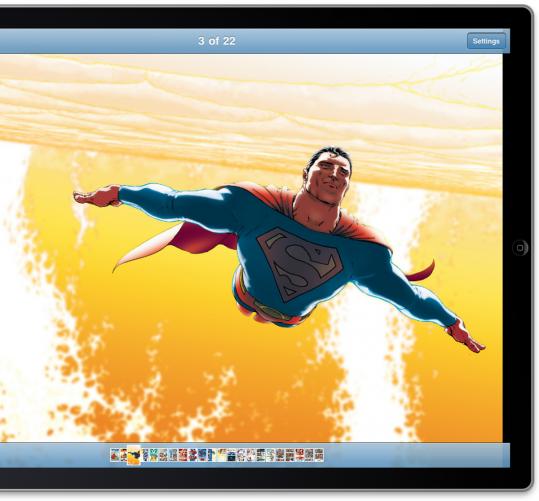 WORCESTER — For nearly 40 years, Paul Howley has made his living by selling comic books. That’s Entertainment, his flagship store, employs 20 people and sells more than $500,000 a year in glossy new comics. He displays them stacked floor to ceiling, encouraging customers to browse.

But life as Howley knows it may soon change, as the industry rides a digital wave that has already transformed publishing. DC Comics — publisher of titles featuring Superman and Batman, among other characters — said last month that it will soon start selling digital versions of new comics online, on the same day printed copies are available in stores.

“Once one of my customers buys a comic online, then DC Comics has them forever,’’ Howley said. “They don’t need me. They have no interest in keeping people like us in the middle. This really is, in the long run, cutting our own throat.’’

That’s Entertainment also offers video games, toys, and other collectibles, but new comics, which arrive once a week, are a big part of business. The store stocks some 600 new titles a month at about $3 an issue. Many customers visit not only to pick up the latest adventures of their favorite heroes, but to hang out.

DC’s digital plan will make it easier to skip the trip to the store, though. Online comics will be available on any device with a Web connection, from a personal computer to a smartphone.

Matt Lehman, owner of Comicopia in Boston’s Kenmore Square, is hopeful that DC’s digital plan is good news. The easy access of the Internet could bring new readers to comics, he said, yet it can’t replace the clubhouse appeal of a store. “We’re not really that worried about it,’’ Lehman said. “This is a great way for new customers to check out the material online. That can only benefit us.’’

Lehman believes devoted customers will continue to come around, and newcomers who read a few comics online might come in to find out more about other titles.

“Customers value the interaction of coming to a store, the ambiance,’’ he said. “We’re definitely geek or nerd centers. People want to find out what’s cool . . . If we didn’t exist, they wouldn’t have that.’’

A DC spokesman declined to comment. But DC is in a troubled business, with a readership that appears to be dwindling. According to the online trade journal Comics Chronicles, sales of the 300 best-selling titles at Diamond Comics Distributors, the Maryland wholesaler that drives the industry, slipped from 82 million copies in 2006 to 69 million last year.

Although superheroes are golden in Hollywood, with such blockbuster movies as “The Dark Knight,’’ “Green Lantern,’’ and the Iron Man series, there has not been a similar boom for the comic books from which these characters sprung.

It can be difficult for comics to attract new fans. Many titles feature long-running characters — in some cases, decades-long — with intricate back stories that make it hard for new readers to dive in. So along with its new digital strategy, DC said it would reboot 52 of its titles, rewriting the stories and beginning fresh, even with such iconic characters as Superman and Batman.

That longevity has created a comics audience dominated by readers in their thirties and forties, Howley said. He expects those older fans to keep buying printed copies.

But teenagers are another matter. “Young people aren’t attached to physical format in that same way, and that may mean comics won’t be immune to the digital revolution,’’ said Ken Carson, manager of That’s Entertainment.

However, Carson believes printed comics have an appeal virtual copies cannot match. “Comic book readers have almost always been comic collectors as well,’’ he said. “Most readers of magazines and newspapers haven’t saved those things or worried about preserving those items like traditional comic readers.’’

“I like the physical book in my hands,’’ said Jon Cederlund, a 38-year-old Verizon technician from Worcester who was browsing the racks in That’s Entertainment yesterday. “You can’t really collect them on a computer.’’

But Tyler Cooperman and his brother Spencer, two 12-year-olds from Shrewsbury, said digital comics would save them from having to get a parent to drive them to the store.

“It depends on when they come out,’’ Tyler said. “If they come in at the same time as in the store, then yes. I’d get them online.’’

Some retailers fear that even older customers will buy digital comics if the price goes down. DC will offer digital issues at the same price as printed copies for the first month of release. But the cost of online comics could eventually plummet, as was the case with books and music.

“It’s hard to look at the digital model DC is talking about, and not in our minds at least, correlate it with what we’ve seen happen with music and movies,’’ said Duncan Browne, chief operating officer of the Newbury Comics retail chain, headquartered in Brighton. “More music is being made and consumed as ever, but it has definitely diminished the sales of the physical widget upon which music is made available.’’

Some comics have already been made available online, but they are a very small portion of the business. In 2010, readers purchased around $700 million worth of printed comics, including $400 million in comic stores alone, while digital sales amounted to less than $1 million, said Joe Field, the president of Comics Professional Retail Organization, a trade group.

“Comic stores and comics have been left for dead a few times in the last 70 years,’’ Field said. “There is no reason DC or any of these publishers want to take away from their print sales to fund a digital market.’’

A spokesman for the largest US comics publisher, Marvel Entertainment LLC, declined to comment. Marvel sells back issues of its comics on the Web, and has issued some in print and online at the same time.

Geppi believes that if a digital revolution is coming to comics, it won’t happen quickly.

“The printed page is a consistent money maker for [publishers],’’ he said, adding that his company would launch a digital comic service at around the same time as DC does. “Without the printed comics, it’s pretty hard to keep your characters in front of your audience.’’