US program has fewer restrictions; critics call switch another bailout 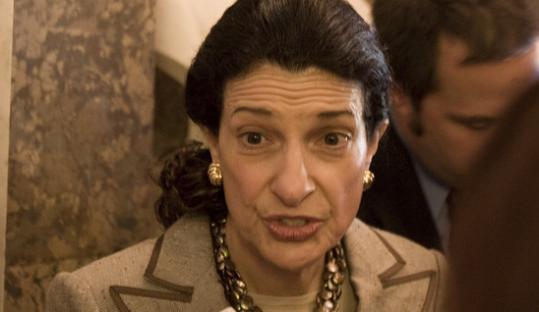 Hundreds of small banks that received US aid after the financial crisis appear to have found a creative way to repay the funds: obtain money from a different government program.

Most of the 627 banks that still hold money from the controversial Troubled Asset Relief Program, or TARP, have filed applications to roll the obligations into the government’s new Small Business Lending Fund, according to Treasury officials and the banks.

TARP was widely tarred as a bailout for greedy banks, but the $30 billion small business lending program does not carry the same baggage. The new program would let many TARP recipients sharply reduce dividend payments to the government, while no longer facing strict restrictions on executive compensation.

“It’s a great deal’’ for banks, said Linus Wilson, assistant professor of finance at the University of Louisiana Lafayette, who has been tracking the programs. “The Small Business Lending Fund does not have the stigma that the TARP does.’’

For instance, Mercantile Capital, the parent of Mercantile Bank in Boston, has applied for more than $4 million in funding from the new program to replace the $3.5 million it received through TARP. The bank said it expects the funds to cost just 1 percent a year under the new small business lending program, compared to the 5 percent it pays now (and 9 percent in 2014) under TARP.

“It makes all the sense in the world’’ to switch, said Charles Monaghan, the bank’s chief executive.

TARP was created under the Bush administration in the midst of the financial crisis three years ago to pump capital into the financial system to allay fears the system might collapse. The Obama administration and Congress created the Small Business Lending Fund to increase lending by small and mid-size banks.

“The purpose of the [Small Business Lending Fund] is to encourage Main Street banks and small businesses to work together to help create jobs and promote economic growth,’’ said Colleen Murray, a Treasury Department spokeswoman.

But critics have derided the program as another bailout, nicknaming it TARP Jr. or Son of TARP.

At a hearing in May, Republican Senator Olympia J. Snowe of Maine questioned whether it was proving “largely to be a new TARP refinancing program.’’

The Treasury Department, which plans to begin approving applications for the program as early as next month, said it received 847 applications, including 315 from banks still holding TARP money.

Banks are not allowed to participate in both TARP and the small business fund at the same time, but the government told banks they could roll their TARP debt into the new program.

In some cases, banks could even qualify for more money than under TARP.

“Whether by intent or design, it is really turning into little more than a bailout of TARP,’’ said Neil Barofsky, former special inspector general for the Troubled Asset Relief Program and now a senior fellow at New York University School of Law. “It’s a rebranding of the same thing.’’

Initially, banks would pay up to 5 percent dividends under the new program, the same amount they pay under TARP. But banks that increase their lending by 10 percent from June 2010 will qualify for rates as low as 1 percent.

Some banks, such as Mercantile, would already qualify for the 1 percent rate because they have already boosted their lending over the past year. If banks can’t increase their lending, however, the rate will go up to 7 percent after 2 years and 9 percent after 4 1/2 years.

Most of the biggest banks, such as Bank of America, have already repaid the government with significant dividends and other premiums. But hundreds of smaller banks have been stuck in TARP because they have had a harder time raising outside capital. At the end of May, 627 banks, including four community banks in Massachusetts, held about $22 billion.

Many small banks have also been reluctant to pay back the government, either because they need the extra capital to maintain lending or want extra reserves in case the economy worsens.

“We’re afraid of the double dip,’’ said William Morrissey, president of Central Co-operative Bank, which has applied for $10 million from the Small Business Lending Fund, the same amount it received under TARP.

Not every bank is eligible for the new lending program, which is limited to small and mid-size banks with less than $10 billion in assets. And banks won’t be eligible if they are not current on TARP payments, have missed multiple payments, or are on the Federal Deposit Insurance Corp.’s list of troubled banks.

That includes OneUnited Bank in Boston, which has missed nine straight dividend payments. OneUnited received $12 million from the government in 2008 after intervention by US representatives Barney Frank of Massachusetts and Maxine Waters of California, both Democrats.

Another TARP recipient, the parent of Clinton Savings Bank, declined to say whether it has applied for the small business lending fund.

Chief executive Robert J. Paulhus Jr. said in a statement that the institution, which received $12 million through TARP, is examining its options.