THIS STORY HAS BEEN FORMATTED FOR EASY PRINTING
Globe 100 Innovators | Entertainment, Retail, Food, and Travel

A taste for success

Johnny Earle - aka Johnny Cupcakes - is the top innovator in retail

1. Johnny Earle, founder, Johnny Cupcakes At the T-shirt shop Johnny Cupcakes, the wares are displayed in bakery cases, and the customers camp out for days when a new shirt comes out.

“It’s way more than selling stuff,’’ said Johnny Earle, aka Johnny Cupcakes, who has stores on Newbury Street, in his hometown of Hull, in Los Angeles, and in London. “It’s entertainment, it’s memories.’’

The 28-year-old’s cupcake-themed T’s have been selling like hotcakes in the decade since he created the business in his parents’ attic. The key to his success, said retail analyst Mike Tesler, was finding an “unoccupied space,’’ creating a sense of urgency with limited-edition prints, and not selling out to department stores.

“He is keeping his brand special,’’ Tesler said.

Earle is also keeping it fun. His Halloween shirts came packaged in cupcake-mix boxes, complete with baking powder and sprinkles. He organizes dodgeball games and buys dinner for people who come to a restaurant wearing Johnny Cupcakes shirts.

Earle isn’t worried about the cupcake craze coming to an end. Sales are strong, and he’s planning to open two unrelated businesses in Boston next year. “The only way to succeed,’’ he said, “is to be innovative and stand out and reinvent yourself.’’

The Boston television production company reviews restaurants ranging from lunch cars in Worcester to the toniest eateries of the South End — wherever Andelman, 41, and his staff find a meal they feel they should share with viewers. Andelman claims he investigates, and often dines, at around 1,000 restaurants a year to produce around 40 shows annually.

The company produces shows for TV38, features for WBZ Evening News, a Saturday radio program, and programming for television stations in Rhode Island and Maine.

The Phantom Gourmet has emblazoned its trademark brand — the purple, masked man in a cape and top hat — on seemingly every quality restaurant's door in the Boston area and has developed into an event production company. Andelman expects more than 50,000 "phans" to attend the Phantom Gourmet BBQ Beach Party on City Hall Plaza in June alone.

Urban Improv provides funding to transport students in fourth grade through high school to community centers for team-building workshops that often break down barriers between different cultures and social cliques. "The kids really relate with the actors," Campion, 60, said. "They work closely with them. They create an ensemble."

In the last year, the group has worked with the Boys & Girls Club to tackle a perennial problem in low-performing schools: lack of parental involvement. Urban Improv now holds performances for parents in clubs around the area on topics like bullying, homophobia, navigating the education system, and other issues.

Such connections aren't hard to make in Boston, a city where the arts scene enjoys substantial support, Campion said. She is already thinking of potential partnerships with a new arts school that has been proposed by school officials. "Look at the culture of this city," she said. "We have access to the most fabulous art and institutions. The importance of our work is collaborative." 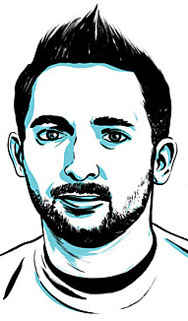 Globe 100 highlights 30 of the most innovative people in Mass.
Your comment is subject to the rules of our Posting Policy
This comment may appear on your public profile. Public Profile FAQ